In the 70’s we often painted Alice’s bottom by leaning her against the Camden Yacht Club’s seawall and waiting until the tide went out. The boat did not get lifelines until I cut some bronze stanchions off a sunken Chris Craft in the Bahamas.

Well, sure, let’s talk about me! I’ve lived in Camden, Maine, since 1971, when I bought a 1946 wooden sloop (same vintage as me) that had almost sunk on its mooring here. I was planning to sail around the world with college friends — “out to sea” instead of “back to the land” as it were — but …um… we never made it. My last offshore trip on Alice, Man’O’War Cay to New Bedford in late April, 1978. Things got a little hairy way off the Carolinas, but I made it home to see my daughter born in July.

I did live aboard Alice for most of the 70’s, ran her as a daysailing operation, and cruised twice to the Caribbean (with just a VHF radio and a depth flasher for electronics). During that decade I also worked on oil field boats off Louisiana, tried my hand at commercial fishing, delivered yachts and taught navigation/seamanship in many venues including offshore on a barkentine. By the 80’s, the boat had morphed into a home-built home and I even started a totally non-nautical business (which at least got me into personal computers early). I did keep up the deliveries and teaching, managed some boats, and in 1985 began a five-year stint as director of the WoodenBoat School. I still get a pitter-patter when I visit there.

The 90’s? Back to boat deliveries and teaching, a house addition, work for a tide prediction software company, and eventually work as editor of Reed’s Nautical Almanacs. That job was more about marine software and data manipulation than sentences, which is partially how I transitioned into writing about electronics. I got started at Ocean Navigator in 1999 and became Electronics Editor at Power & Motoryacht in 2001, added Sail in 2004, and then switched over to the position of Senior Electronics Editor at Bonnier Marine Group in early 2009. In 2013 I switched teams again, returning in a sense to PMY and Sail, which are now part of the AIM Marine Group along with Soundings, PassageMaker, and Yachts International. 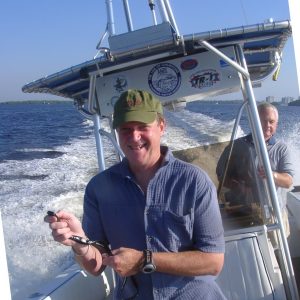 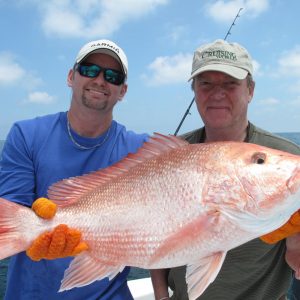 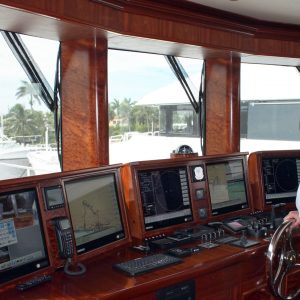 Sometimes wheedling my way onto megayachts 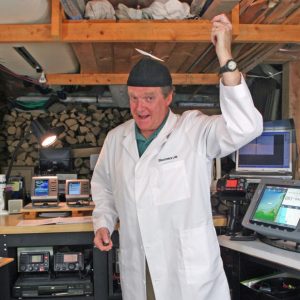 Goofing for a magazine photo in my electronics lab (garage) 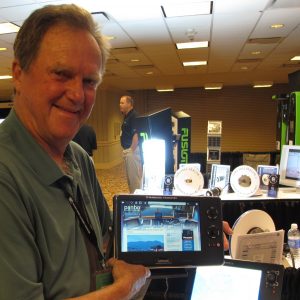 So many shows, this one with an MFD that could browse to Panbo 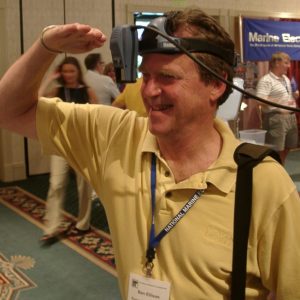 I’ll put most any gadget on my head 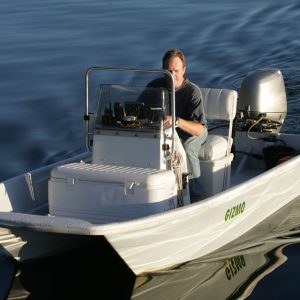 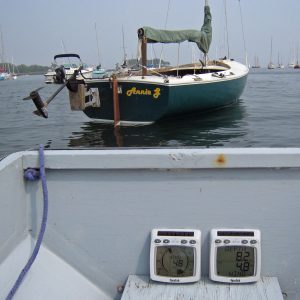 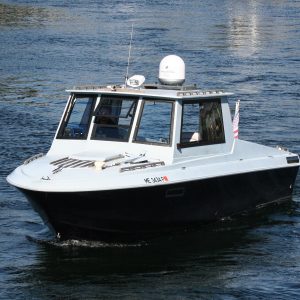 It’s been quite a run, and since 2009 but I’ve spent significant time aboard the “new” Gizmo, a 37-foot Duffy “lobster yacht” that’s been a near-perfect platform for testing electronics along the beautiful coast of Maine and further afield (as in three round trips to the Carolinas). 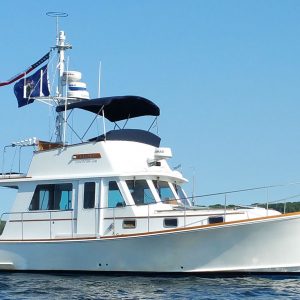 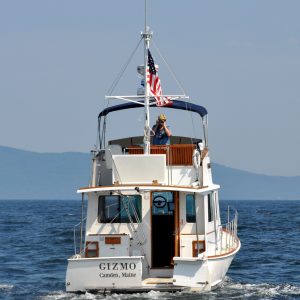 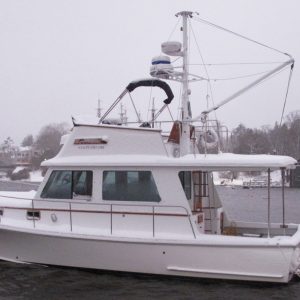 I’m proud to add that my work has received numerous honors in the annual Boating Writers International writing contest, especially the first place Original Online Content award to Panbo in 2011 and again in 2012. And again in 2013! Unfortunately, BWI dropped that category — a lot of small marine websites didn’t make it through the hard years — but I got three awards for 2017 Panbo entries.

These days I write solely for Panbo, whose content is shared with AIM websites and publications, and in 2018 Ben Stein first joined Panbo as Contributing Editor and then recently became Publisher. So now I can focus on being Panbo’s Senior Editor (while also becoming a bionic old geezer). This year I also became a Director of the International Marine Electronics Alliance (IMEA) and joined the DAME awards jury