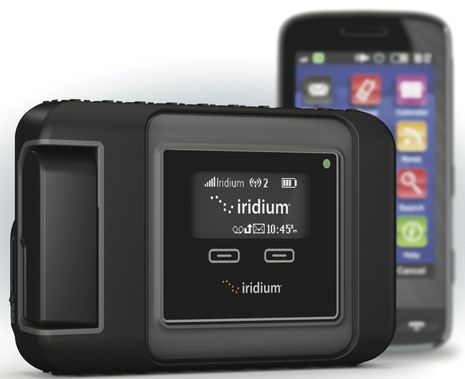 Wow! With a bounty of significant cruising electronics news on my desk, the new Iridium GO! may rank #1. Think of it as the Iridium Extreme — arguably the most versatile, rugged, and expensive sat phone available — with the phone interface replaced by a WiFi radio able to handle five smartphones or tablets. The GO can install semi-permanently with an external antenna, or sit on deck while you make a quiet call below, or go in your pack when you hike in Tierra del Fuego. You’ll still be able to make and take phone calls anywhere, but they will be easier, less expensive, and purportedly better sounding. Plus there’s global email, tracking, and so much more… 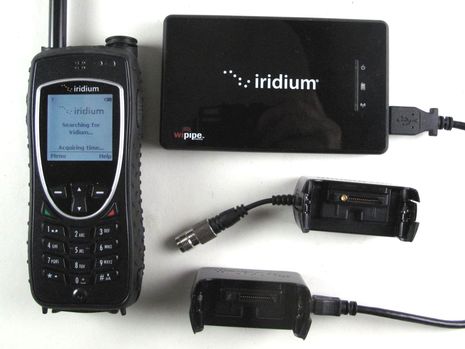 My review of the Extreme and its AxcessPoint WiFi accessory in 2012 was somewhat lukewarm. It wasn’t the service so much as the complicated jumble of components, cables, and chargers involved, plus a phone interface that seemed clunky in this iPhone/Android age. But I wasn’t smart enough to visualize how it could all be simplified into the 4.5 by 3.25 inch GO with benefits added (and I doubt that Iridium’s competition was either, as explained below). 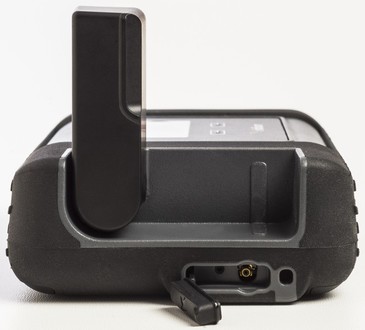 The key to GO is that you use your own phone or tablet (or PC eventually) to access the full speed Iridium 9523 modem that’s normally in their sat phone. It’s “like having your own global cell tower” Iridium likes to say. It’s also something like Google Voice which let’s me make voice calls and texts whlle roaming foreign cell lands just by finding a WiFi Internet connection and tapping a setting on my Android phone.

But that analogy is only half true because even a dicey WiFi hotspot has a lot more bandwidth than a full speed Iridium circuit switching modem. So GO users can not just use their phone’s normal software for email, calls, or anything else. Special apps must be developed to bridge cell/wifi broadband expectations with Iridium narrow-band realities… 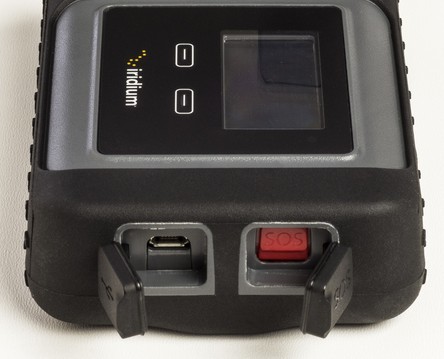 But before discussing all the app possibilities, known and unknown, note the water-protected ports on the GO. The ubiquitous mini USB is used to charge the device’s Lithium battery — a nice change from prior Iridium charge systems — and possibly for firmware updates. The red button, also protected from accidental finger pushes, is of course a quick way to send a distress alert. Since GO has internal GPS it can be left on to provide tracking, be ready for an emergency, and/or keep an ear out for incoming messages.

If all that sounds like a DeLorme inReach, well, it is, except that the inReach’s SBD (short burst data) modem can’t also handle calls, slim email, weather files and even limited Web browsing. In fact DeLorme is listed as one of partners developing apps and extra services for the GO in Iridium’s press release and I hope to wheetle some detail out of them here in Miami. OCENS weather too. 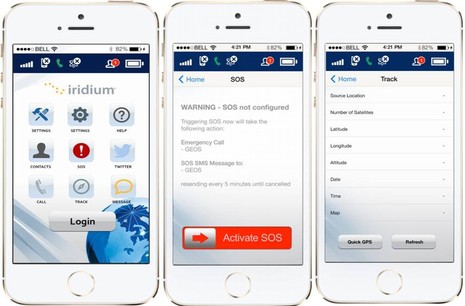 So no surprise that the Iridium GO app that will be available when the device ships in a few months looks similar to the Earhmate apps for the inReach (except without all the mapping DeLorme throws in). Settings, tracking, messaging, and a second way to call for distress (with two-way texting) are all there. This app is also where you make satellite phone calls, apparently with access to your regular contact list. Tim Johnson, Iridium’s Director of Mobile Business, told me that attendees at last week’s Partner’s Conference were smiling about how their smartphone audio technology improved the quality of calls over the Iridium network. 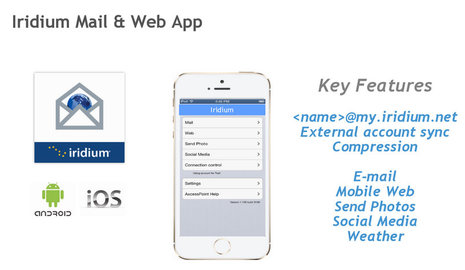 There will also be an Iridium Mail & Web app that works with the GO, and I was glad to learn that it is a version of the software that Luis Soltero of Global Marine Networks developed for the Iridium AccessPoint. That means offline email editing, batch transmissions with compression, filtering of large attachments and many other nuances that are critical to narrowband communictions. Soltero has been testing a GO and terms it “all in all a sexy product priced very reasonably with a growing community of mobile apps.”

So what about the costs? Iridium won’t put hard numbers on anything because they don’t sell direct, but Tim Johnson expects the GO hardware to retail at $800 to $900 and he confirmed Soltero’s news that GO will get special low-priced service plans, like “$130 to $150” per month for unlimited data. I asked Johnson to repeat that, as it sounds ideal for certain cruising situations, especially if available in “seasonal” increments. DeLorme’s new “Freedom Plan” makes me hopeful, but we’ll have to wait. 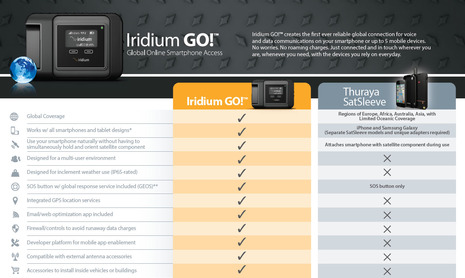 Iridium is marketing GO as an improvement on the Thuraya SatSleeve  design and even created a Go! to SatSleeve comparison PDF. There’s not much comparison, in my view, except maybe that the SatSleeve is slightly more portable. What seems odd, though, is that Iridium left out the new Globalstar SatFi. But maybe not so odd as it seems quite possible — no photos, no specs, no rumors — that Globalstar heard about GO and just pulled SatFi out of a hat, or somewhere. Heck, I’ve even seen email showing that people working at Globalstar didn’t know about SatFi before its late January announcement. And if it is vaporware, it worked at least a bit as when Engadget’s GO coverage begins with “Globalstar’s Sat-Fi won’t be the only game in town for satellite hotspots.”

I think that Globalstar did a great thing for boaters with their SPOT tracker messengers, and I hear that the phone/data service is getting better. I also think that it would be great to have competition over this new satellite WiFi hotspot platform. But a vauge just-started product that may not be real until November (according to a knowledgable sounding investor) seems like poor sportsmanship and possibly confusing to consumers.

I can close with something much more positive. I’d hoped that a company like Raymarine might use the Bluetooth in their MFDs to integrate with the DeLorme inReach. Wouldn’t it be neat to get important message notifications on your bright, waterproof nav screen and be able to type a reply? Not to mention distress communications, weather alerts, etc. But actually the new Iridium GO with its greater data capacity and more common WiFi interface makes more sense. For instance, how hard would it be for Furuno to make the NavNet TZT weather via WiFi feature to work directly through GO if Iridium cooperates? Tim Johnson’s answer to my query about such possibilities was “absolutely yes!” 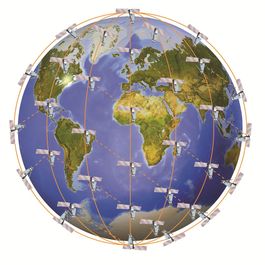