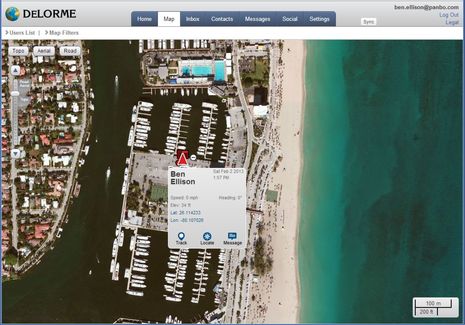 I really enjoyed being part of Trawler Fest last week. It was inspiring to meet relatively new cruising enthusiasts who are working to expand their skill sets, and trying to explain and demonstrate current technologies rekindled some of my own enthusiasms. I hadn’t turned on the DeLorme inReach in months, for instance, but it located itself and paired with my iPad for easy backup navigation, tracking, and two-way messaging no problem, even though I was standing in front of an audience under a large aluminum-framed tent. Plus I got to see the entirely new User and Map Share web pages DeLorme recently developed for inReach, and they are sharp. However, I was also reminded of a disturbing behind-the-scenes patent issue that may hobble all SENDs (Satellite Emergency Notification Devices) and will likely tax consumers no matter what happens in court…

I’m certainly no expert on U.S. patent law, but I have a sense that the situation I’m about to describe is an abuse of the system. And I further suspect that no matter how frivolous it may be, it’s going to cost all of us who’d like to benefit from a “Global Bidirectional Locator Beacon and Emergency Communications System” as it’s phrased in the patent below. The Patent was filed by BriarTek Inc. in 2007 and awarded in 2011 — you can download the complete PDF file here — and it seems to claim general invention rights for valuable safety, tracking, and messaging devices like the DeLorme inReach, the YellowBrick3, and BriarTek’s own Cerberus. I say “seems” because the language of the patent strikes me as highly stilted and the illustrations look like they were drawn by a five-year-old. Was this done to confuse the patent office? 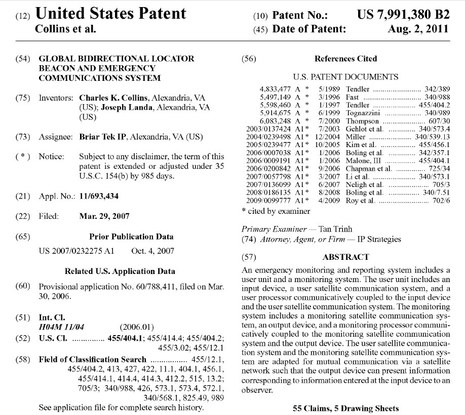 At any rate, BriarTek demanded a license fee from the other developers, DeLorme apparently refused because it feels the patent is invalid, and so last August BriarTek petitioned the U.S. International Trade Commission (ITC) to stop DeLorme from importing the inReach (from its foreign contract manufacturer). If the ITC agrees, you won’t be able to buy an inReach in the U.S.!
I learned about this litigation last September, but hesitated to write about it for two reasons. The first is because I’m such a fan of the inReach specifically — my cruising experience discussed here — and the whole SEND concept (which I discussed here); I was hopeful that this patent issue was just a little bump in the road and that there was no reason to confuse a new technology niche by publicizing a temporary problem. Plus DeLorme had just started advertising on Panbo and I know that some folks think that means more about Panbo content than it ever actually does. So let me be perfectly clear: DeLorme did not tell me about this issue, let alone ask me to write about it; in fact, they politely decline to answer any questions about the patent dispute and may not appreciate this entry, which they don’t know about yet.
I learned about the Briartek patent from a Panbo comment written by Marius Coomans, who also wrote about it on his Track & SEND blog. I recommend that you first read Marius’ Patent Bombshell entry and then Doug Ritter’s longer source piece on his Equipped to Survive site. 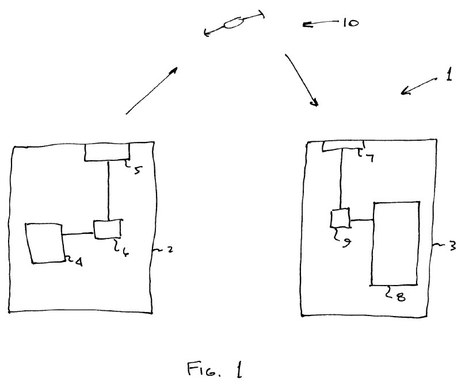 Doug Ritter is not only an independent and expert journalist covering safety devices but also an active member of the RTCM which established the SEND standard. Moreover, I asked BriarTek’s Joe Landa if there was anything inaccurate in Ritter’s report and all that Landa came back with is that the Cerberus device is more available than Ritter originally described (an assertion that Doug later put in an update). Availability is important because the ITC case is not directly involved with the patent’s validity but rather with the effect on consumer safety if the inReach is banned. You’ll also learn from Doug that BriarTek had to recently argue that its patent is “not essential” to building a SEND to the RTCM standard — even though it sure looks like it is — because otherwise the RTCM might cancel the standard as it has a policy against standards that are dependent on patented IP. Mind you that BriarTek representatives helped to write that SEND standard, apparently without mentioning their licensing intent; Ritter hints at sore feelings.
So I defer to Doug’s excellent and possibly restrained reporting on this issue, and maybe that gives me the room to express my personal opinion that the patent is ridiculous. To me, the idea of including two-way satellite messaging in a safety device is darn obvious and has been for a long time. I think of the Satamatics Inmarsat D+ tracker/remote control I tested in early 2006, the 2007’s MOB Guardian, and the MatysOnBoard Iridium communicator I first saw in 2008 (but which had already been long in development). The SPOT Satellite Messenger showed up in 2007 and while it’s one-way only, that’s always been its obvious weakness. So when I first heard of Iridium’s little 9602 SBD modem in 2009, they were pushing its two-way capabilities and how it could be used in all sorts of third party SEND and other devices. Iridium did not mention that another company had applied for a broad patent over what the 9602 could do and I think it’s because they had no idea that such a patent was possible or in the works.
But perhaps I’m naive. Is BriarTek’s patent actually legitimate? I know a lot of Panbo readers have some experience in these matters and I’d love to hear opinions. When I tried the inReach again last weekend, I didn’t like thinking about a possible ban, let alone how much money the company has had to spend litigating this matter, which has to come out of inReach revenues eventually (i.e. our pockets). Will this be just a little bump in the road? And if you’re not interested in the patent issue, you might still enjoy checking out my new inReach Share Map; both the test unit and myself are on board Gizmo and activated so feel free to try messaging me. 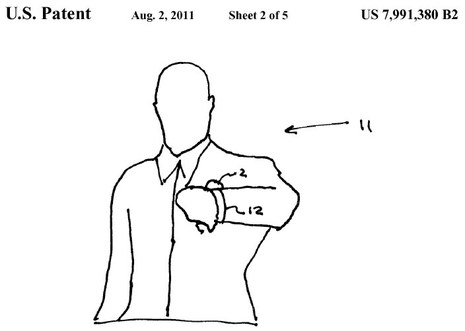 PS 11/20/2014: Yesterday U.S. District Judge Leonie M. Brinkema ruled that Briartek did not invent two-way Satellite Emergency Distress Devices (SEND’s), and the ruling (viewable here) seems quite definitive to me. I’m not a lawyer but what the Judge seems to be saying in the last paragraph and footnote below (underlining mine) is that she didn’t even need to address some of DeLorme’s secondary arguments because their primary argument that BriarTek’s patent claims were invalid was so solid. This seems like a big win for DeLorme, other SEND’s manufacturers and all of us who may use a SEND one day. 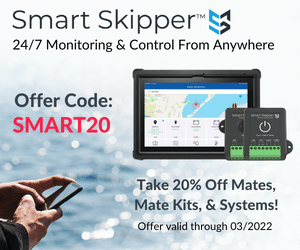