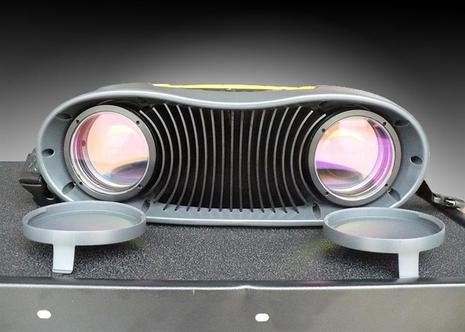 Are you able to estimate wind direction and speed from small waves in the water, the movement of clouds, or visual cues from other boats 300, 500, or even 700 meters away? It is a good skill for a sailor to have, but very tough to learn. The Racer’s Edge, pictured above, is a high tech wind measurement device capable of measuring wind speed and direction at considerable distances, enabling a sailboat crew to optimize course and sail trim for maximum speed.

This product was unveiled as one of team BMW Oracle’s competitive advantages for the 33rd America’s cup race. In addition to this small compact model intended for use on the sailboat during a race, a larger model was used on a power boat tasked with performance measurement during the sea trials and calibration of USA17, the winner of the 33rd America’s Cup on February 14th.

Much like the reflection of a transmitted radar pulse is measured to detect distant objects; the Racer’s Edge measures the reflected energy of laser pulses with a highly sensitive receiver. The product is tuned to measure energy reflected off moisture and dust particles riding along with the wind. Each time the user aims and shoots the device, much like a camera, the reflected energy is measured for phase shift and timing to determine wind direction and speed from multiple distances near simultaneously.

This state of the art measurement capability is smartly integrated with five other technologies including inclinometers that assist the user in keeping the product level with the horizon, a GPS to measure the motion of the boat underneath the user, a solid state compass to measure where the laser is pointed relative to the direction of boats motion, elaborate power management to reduce weight, and bluetooth communication to send the measurements to a portable display that provides full motion video representing the measured wind against the motion of the boat.

The portable display, a Viliv touch panel display a bit larger than an iPhone, provides an easily comprehensible representation of the wind measurements and the motion of the boat. In the sample video below, the user holding the Racer’s Edge is aiming the product in three separate directions over a period of 15 seconds, clicking the measurement button three times while aiming first to port, then to starboard, and then straight ahead. The portable display then puts this together in a composite view enabling the user to steer into the most favorable winds and trim sails for maximum boat speed.

Click above for a sample of how three measurements would appear to a user on a boat moving at 42 knots. At this speed things are moving very fast. Consider that at a slower speed the user would have time to choose the more favorable direction to sail their boat, or to warn the crew trimming sails to hold steady thru a wind shift that is merely temporary. Notice also in the video that wind measurements fade away to account for the uncertainty of measurements over time.

As other America’s Cup innovations have trickled down to smaller racing and cruising boats, I expect this technology will as well, possibly in three ways.

First, I would expect this technology to be useful in providing instant feedback to sailors learning how to estimate wind speed and direction from visual clues on the water. It is a very useful skill for any sailor to have, but very tough to learn.

Second, I would expect that the rapidly falling cost and a future increase in range could make it feasible for large areas of coastal waterway to be observable in real time, providing a feedback loop to wind forecasting software for purposes of creating better wind models and future forecasts for coastal waterways. Such forecasts today are remarkably poor.

Lastly a smaller version of this product may prove mountable on sailboat mastheads and become part of our future instrument suites. While it’s unlikely that this will be allowed when racing, cruising sailors might use it make shorter and faster passages, either manually or under autopilot control. 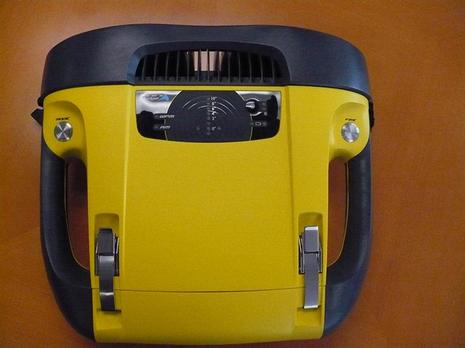