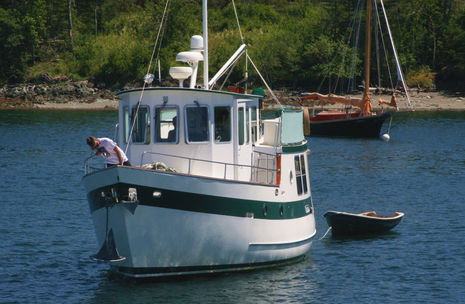 Behold the 39-foot trawler Bliss about to anchor behind Gizmo in Pulpit Harbor. She’s a custom Jay Benford design (based on a Cascade sailboat hull) that already turns heads, but note the cabin top presence of both Inmarsat FB150 and Iridium Pilot antennas (the latter formerly known as OpenPort, and tested for Panbo on VOJ). The serious satellite communications — and there are more devices less visible — are because owner/operators Luis and Kim Soltero have spent much of their thirty year marriage creating a remarkable portfolio of satcom services and devices, and they’re still at it. Yes, we had a Bliss/Gizmo geek rendezvous and it was a blast… 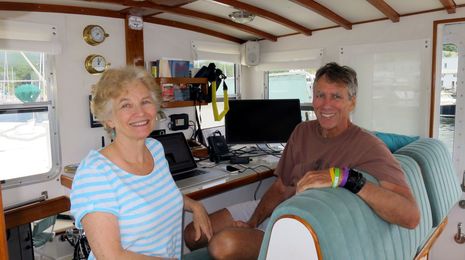 Actually, I’ve known Luis for a long time, though primarily as an authoritative resource whenever I was researching the intricacies of getting voice, email and data connections from beyond the coastal waters of well developed nations. Why a guy living in the mountains of Tennessee would focus so hard on such a subject was a bit of a mystery. But now I know that when he and Kim enjoyed a decade sailing around the Caribbean rim largely fueled by his IT consulting skills, communicating with clients was one of the major hassles…and thus a major motivation for the business they started ashore in 2002. 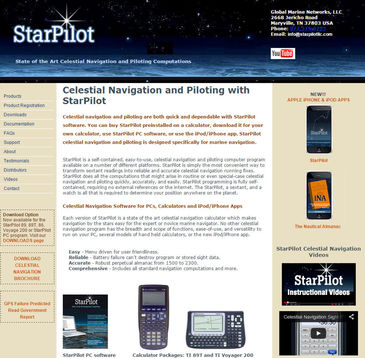 But the first Soltero marine product was created while still cruising and was motivated by a MicroLogic GPS failure that shook up many navigators in the mid 90’s. Luis coded the original StarPilot Celestial Navigation PC and calculator programs — which are still available today, along with electronic almanacs and new iOS celestial apps — and the StarPilot about page details the credentials he brought to the task. The project and marketing were done in collaboration with the esteemed Starpath School of Navigation, which seems like a good idea that the Solteros carried forward to GMN and beyond. 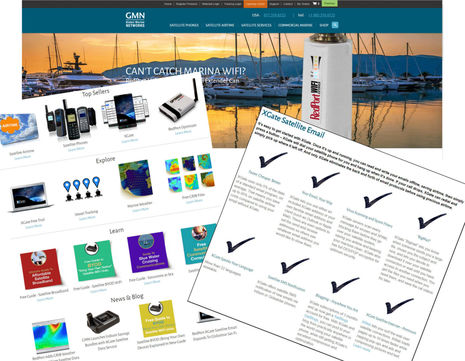 When Kim and Luis set up Global Marine Networks (GMN) outside Marysville TN, one of the first tasks was erecting an HF radio antenna tower that would hub a global network called XNet with stations as far away as Sweden. That technology did not survive much longer as a viable commercial service — GMN donated their HF equipment to SailMail in 2007 — but Luis’s XGate email and data compression service certainly remained useful with the still very low bandwidth satellite phones that superceded SSB on many boats. I first saw the XGate benefit with Globalstar and Iridium phones off Bermuda in 2007, and the much evolved software/service, including kissing cousins like OCENS mail, is still a large part of GMN. But you’ll also see that the company offers phones, hotspots, and airtime from all three of the major brands and has also turned its long, broad experience into a terrific satcoms Learning Center. 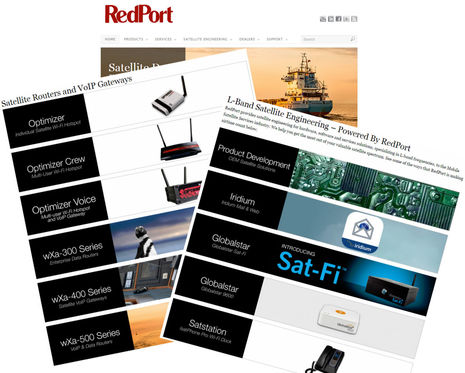 You may notice that many of the products distributed and supported by GMN are shown as “manufactured by RedPort” which in fact is the latest realm of the Soltero empire. And it’s at the RedPort Global website that you can really see how deeply immersed into satcoms they’ve gotten, with Luis as CTO and Kim managing other areas of the businesses. RedPort has not just created satellite routers, trackers and terminals for vessels small to large, but also engineered software and/or hardware for Iridium, Globalstar, Inmarsat and more. 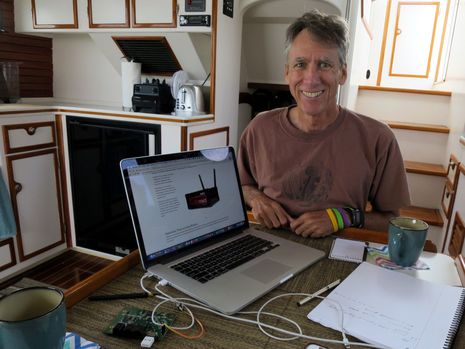 Here’s Luis onboard Bliss showing me the RedPort Optimizer Voice router which can manage multiple crew, guest, etc. voice/data channels on larger vessels. He and Kim have definitely been enjoying their first cruise in Maine — Facebooked here — but the boat is loaded with circuit boards, prototypes, and development tools. There are also 15 employees to work with, including one overseeing manufacturing in China and another servicing Antarctic cruise ships from Chile. In fact, Bliss is constantly hungry for the sort of high bandwidth communications that only cellular and WiFi can provide at reasonable cost, and that’s a good thing. 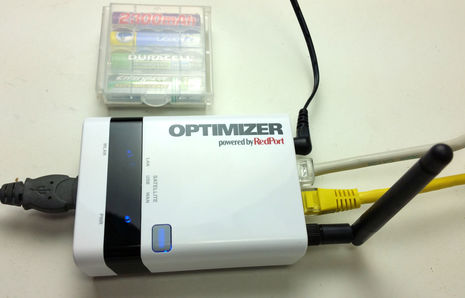 RedPort has already designed the RedPort Halo WiFi extender to pair well with the original Optimizer model (above with AA batteries only for scale). Like XGate, this seems to be a core Soltero creation. When I first covered this little router in 2012 it was trailblazing the BYOD (Bring Your Own Device) concept, as in using your own phone, tablet, or PC to place satellite calls and SMS messages, not to mention manage emails, download weather files, and maybe peek at a web page. The Optimizer cannot only conveniently connect a sat phone to a smart phone, tablet, or PC via WiFi, but also provide a serious firewall so that apps like XGate and XWeb can work optimally, though an Iridium 2.4 kbps connection is still narrowband indeed and downloading even a “mobile” web page is tedious at best.

While the Optimizer includes boaty features like automated tracking and the ability to manage NMEA 0183 data streams that could help with coastal cruising as well as the bluewater kind, I’m also interested in seeing how advanced firewall management might help to improve the sometimes dicey WiFi and cell connections we experience along the coasts. I intend to try it on Gizmo, and am glad to add that Dave Skolnick is planning to review the Optimizer/Halo combo for Panbo.

I’m also happy to report that Luis got me squared away with the newly popular BYOD devices Iridium GO and Globalstar Sat-Fi that he helped to develop and that I had left in the “to test” locker for far too long. Furthermore, he is now testing cell boosters and marine antennas, and while the prime motivation is reliable Skyping and code file uploading as he cruises, there’s a possibility of new offerings in the GMN store or even new RedPort products. Bliss will no doubt look graceful as she heads back to the Chesapeake, but it’s busy in there. 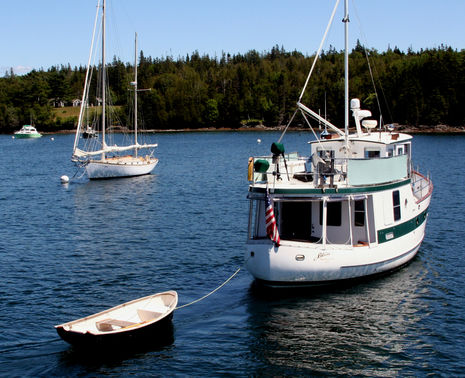