Turkey is mandating some 25,000 commercial vessels to carry the unusual Class B AIS transponders seen above, which function like conventional ones but with some special added features. Note the extra SRM message buttons which should help nearby boats and SAR authorities to react quickly to collisions, fires, etc.  Also built into these units is a tracking scheme such that the Turkish government can identify vessels trying to avoid taxes by buying fuel elsewhere!  Not only are safety, security, and even revenues driving a rapid increase in AIS mandates, but some amazing new AIS technology is just around the corner.  I learned a lot during a recent lunch with a man who may well know more about the worldwide state of AIS than any other…

While I’ve spoken with Simon Tucker, CEO of SRT Marine Technology, several times, this was not only our first face-to-face meeting but Tucker is getting less shy about revealing what SRT is up to.  In fact, he showed me cardboard mock-ups of two remarkably small circuit boards.  One was a credit-card size Class B transponder module that will be available to SRT client companies in 2011 and will “offer significantly increased features and functions to enable more
interesting
applications and easier installation.”  The other, available later this year, will be an AIS SART engine that’s just slightly bigger than a quarter, and that can also be configured into an AIS man overboard alarm and location device.

Wow!
Tucker is reluctant to discuss possible retail prices for the various devices that may contain these new SRT boards, because that’s really up to his customers, but he did say that the cell-phone style technology that SRT engineers are applying to AIS is bringing component costs down significantly.  He won’t discuss just who SRT’s customers are, either, but he did note that SRT is rigorous about treating them all the same in terms of availability and pricing.  All of which sounds like the ingredients for an active and healthy market place to me!
Actually AIS is already pretty healthy.  While the MTA/Panbo survey indicated that many of you plan to add transponders to your boats voluntarily, and the USCG is working on its mandates, many other nations besides Turkey are enacting sweeping AIS coverage. China has built a complete coastal listening network with the plan of monitoring some 220,000 fishing vessels, integrated VTS-AIS which includes small commercial vessels is already in place in Korea and Singapore, and even India is getting on the bandwagon (largely because of the Mumbai terrorist attack).  Meanwhile, the EU has purportedly announced mandates covering all fishing vessels over 15 meters, for safety and fisheries management, and around 18,000 European inland vessels, like the tricked-out motorized barge below, are due to install Class A transponders that can work with special messages sent by locks and other River Information Services elements.  At least some of those specialized transponders will probably contain SRT circuit boards… 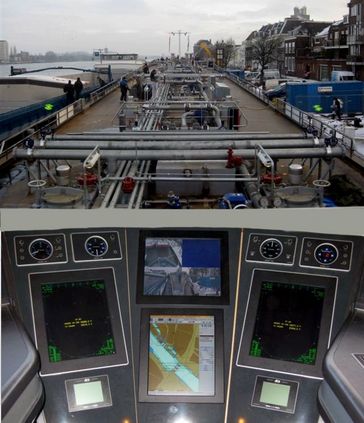 Tucker says that SRT’s Class A, discussed here last summer, and seen as a ComNav prototype in Miami, just passed rigorous EU Wheelmark testing, and FCC approval should follow easily.  In fact, if you look at the announcements here, you’ll see that SRT has already sold 2.4 million dollars worth of Class A transponder components for delivery over the next several months.  Maybe a few of them will make it to the USA?
Now, if you’re getting the idea that Tucker spents a lot of his time flying all over the world promoting SRT components to various manufacturers, and AIS to various regulatory groups, you’d be right.  Which is why I suspect he knows more about what’s going on than anyone, and why I thought I’d put a face to the name.  If you spot him in an airport somewhere, ask for the latest scoop!  But he wouldn’t let put up this photo without also quoting him thusly:  “The real magic behind our technologies
and solutions is our fantastic development team (led by Neil Peniket), who
have
accumulated experience in advanced digital radio communications
amounting to
many hundreds of years.” 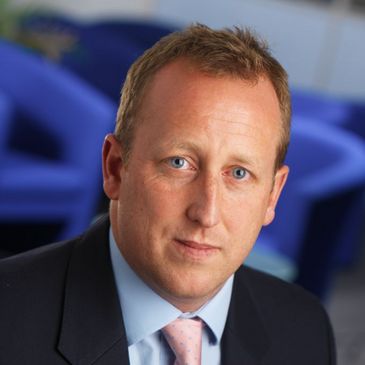