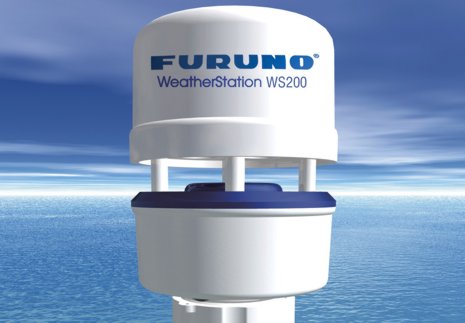 Furuno’s new WS200 wind/heading/GPS etc. sensor is obviously a re-branded Airmar PB200, and that’s fine; some customers want all their electronics to come from one manufacturer (and sometimes I think they’re smarter than I am ;-).  But, in fact, there is one slight difference between the WS200 and the PB200 that Airmar ships today, and once you understand it, and the silliness around it, you too may laugh, cry, scream, or some combination thereof…

One of the PB200’s many clever features is that it outputs all its sensor goodness in both NMEA 0183 and 2000 formats, which means that it can feed most any display system and can even grow with a boat as it transitions from the old data standard to the new one.  And whereas separate output ports wouldn’t be good for a masthead install, Airmar designed its own connector and cable to carry both data streams in an efficient manner.  I detailed this plug and cable architecture here — with well deserved enthusiasm, I think — but I left out one neat detail.
Since an installer might want to put the PB200 at the end of an N2K backbone due to the 6 meter limitation on drop cables, and since a standard inline backbone terminator wouldn’t work with the custom connector, Airmar built in a terminating resister that could be enabled simply by inserting a pin into an otherwise empty connector socket.  Unfortunately, NMEA deemed this a bad idea.  The explanation I heard was that terminators must be visible so that a trouble shooter could easily confirm their proper placement.  But that doesn’t explain why Airmar finally got its PB200 NMEA 2000 certification by changing over to fixed termination inside cables over 6 meters, as illustrated below.
So here’s the weird part: the recent Furuno WS200 announcement states that it’s not “fully” NMEA 2000 certified because it includes the original pin-style termination choice, and even brags about the advantage gained…

Please note that while the WS200 has passed NMEA2000 Protocol
Certification, we classify it as a CANBUS product, as it is not fully
NMEA2000 Certified, due to the fact that we enhanced the product by
adding this terminating resistor capability.

So here we have Furuno rather blatantly defying NMEA by using Airmar’s original non-certified design, and, frankly, I don’t blame them. Because I can’t see how the new Weather Station  termination style is more obvious, or safer, than the old way, and the old way works with whatever length of PB200/WS200-to-N2K cable you have.  And, besides, similar termination/certification issues with the N2K ports on Furuno UHD radars, plus the whole daisy chaining hooha, had already led Furuno to adopt their CANbus Network euphemisms.  Why not just go for it?
Notice, for instance, that the new RD-33 data display (and N2K-0183 gateway) — which was looking good in Lauderdale, and will ship soon, I’m told — has dual N2K ports, and therefore is not certifiable under current NMEA rules.  It doesn’t really need the daisy chaining ability as multiple RD-33s are less likely than chains of FI-50 displays, and there’s no competitive display this size that already offers daisy chaining.  Is this Furuno again blithely trading certification for a feature?
You can see more of Furuno’s N2K philosophy in their CANbus Design Guide (PDF download here).  Note, for instance, how they favor small, discrete “CANbus” networks bridged between radars and NN3D MFDS with Ethernet, which is not how other companies recommend using N2K.  So, overall, is one of the biggest marine electronics companies in the world becoming an N2K outlaw?  Nah!  Though the situation is a bit messy.
During a Seattle seminar about presenting NMEA 2000 to customers, the instructor advised all the dealer/installers present to recommend only certified products, and didn’t the hand of the Furuno guy at the back of the room shoot up right quick!  He made the case that there are plenty of non-certified products, and not just Furuno’s, that integrate with other N2K gear just fine, and he’s right.  The only problem I know of with Furuno devices in a mixed N2K environment is overuse of a status query PGN, and that’s from a certified product, and it didn’t seem to actually effect my medium-size network.
I know that oddities like the dual termination styles and the euphemistic CANbus Network can make people who are trying to understand NMEA 2000 a little batty.  And I tried to make that case at the NMEA Conference.  The manufacturers and their standards organization really should resolve these issues to make certification more meaningful.  “We’re in discussions,” they said, once again.  But do you know of many real problems with NMEA 2000 networks out in the field?  Doesn’t the CANbus Design Guide simply reveal some interesting alternate ways to use a really robust and flexible marine data standard?  Your thoughts, please. 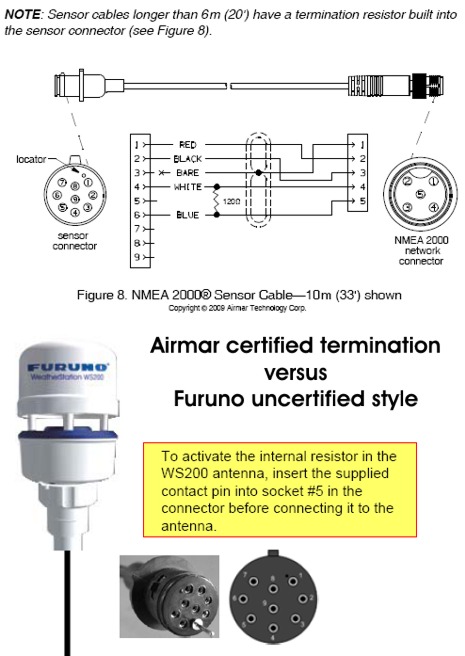