Today Fusion announced the MS-RA670, the third head unit in their Apollo line of marine stereos. I’ve been testing one for a few weeks and it looks like the 670 slots in between the top-of-the-line Apollo MS-RA770 and the much smaller MS-SRX400.  Here’s the lowdown on what the 670 offers and how it fits within the line. 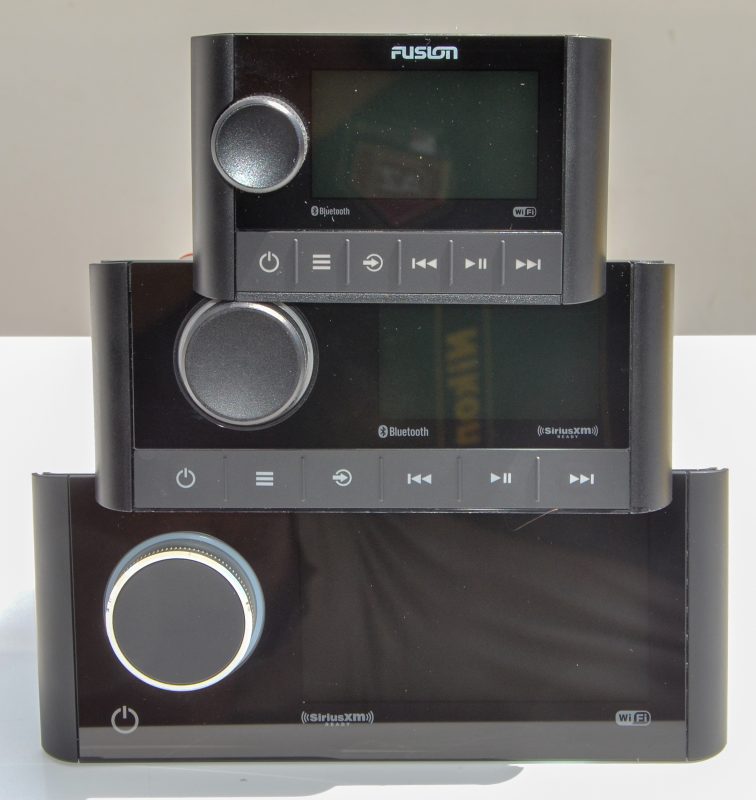 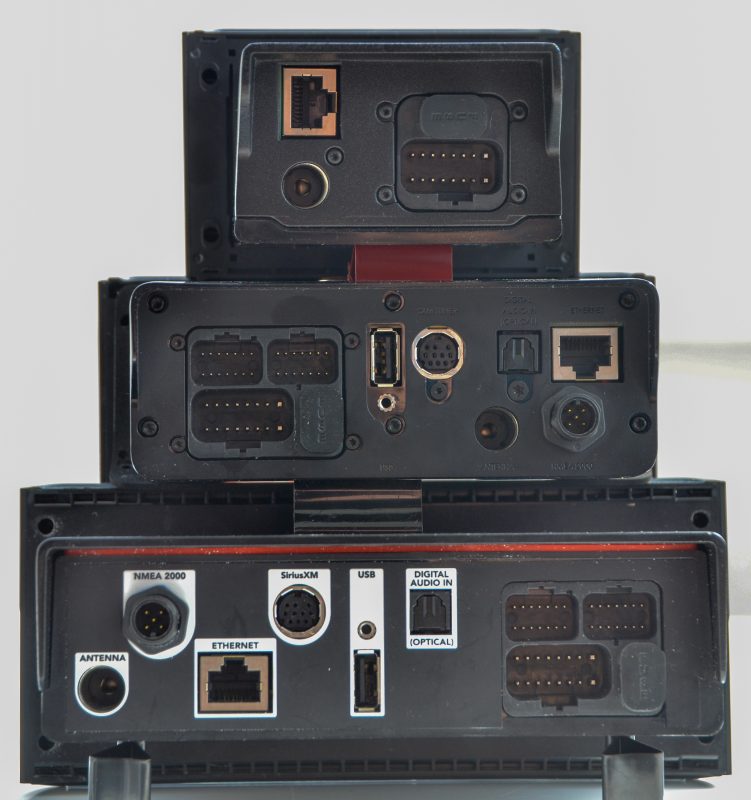 As I mentioned, the $450, three-zone RA670 is the third stereo in Fusion’s Apollo line joining the $350, single-zone SRX400 and the $650, four-zone, touchscreen controlled RA770.  Like the SRX400, the RA670 has a button-driven interface with a 2.7″ full-color display.  It has NMEA-2000 and Ethernet connections but, unlike its two siblings, it doesn’t have WiFi built-in.   The 670, like the 770, is SiriusXM ready with a SiriusXM port for connecting the Connect Vehicle Tuner and supports SiriusXM’s advanced features.

I was a little surprised that Fusion did not equip the 670 with WiFi since both of its siblings have it.  They explained that their decisions on which features made the cut were determined in large part by retail customer and boat builder feedback.  Fusion equipment is now standard equipment on brands including Sea Ray, Grady White, Regal, Crest, and Sea Pro, so the builders’ needs were probably a major factor.

Marcus Hamilton, Fusion’s marketing manager, says they expect there will be two main use cases for the 670.  First, it will serve as the only stereo present on boats under 26 feet and second as additional stereos on larger boats also equipped with an RA770.  Any boat with a 770 can use it to provide WiFi connectivity to the RA670, and an Ethernet to WiFi adapter can be used with a standalone 670.  Even without WiFi you can use Bluetooth to both control it with the Fusion-Link app and stream.  Additionally, you can control the stereo on your MFD using NMEA-2000 and Fusion-Link.

(I’ll add that on my RF-dense boat I’ve found the 2.4 GHz WiFi used by both the SRX400 and RA770 problematic for maintaining reliable streaming. However, by using Ethernet to connect the head units to my boat router — which is supported by Fusion — I can stream well using the 5 GHz band.) The head unit controls three zones of audio — like all Fusion multi-zone stereos, zone volumes can be controlled individually but all zones listen to the same source — and has onboard amplification for two of those zones.  It also supports all the goodness Ben E saw at the Apollo intro — like PartyBus, high fidelity uPnP and AirPlay streaming, and MFD control via FusionLink, plus the ARX remotes I recently raved about.

I’ve been using my pre-production unit for a few weeks now.  The 670 is a nice mix of most of the features of the 770 in an even more compact unit and with a nice price point.  For my use, the button interface gives up very little to the touchscreen interface of its big brother, though I do sometimes miss the big bright screen of the 770.  The entire Apollo line is pretty impressive and a pleasure to use.  The RA670 rounds out the line nicely and comes at an attractive price for all the features it offers.