GPS spoofing, will we ever learn? 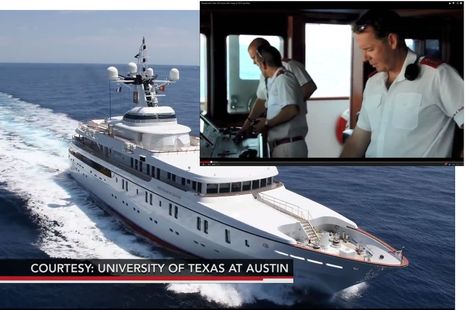 Hat’s off to Professor Todd Humphreys and his grad students for not only demonstrating that GPS spoofing is possible but for doing so in such a dramatic fashion that they got the whole media world chattering about it. For instance, Fox News led their story with “The world’s GPS system is vulnerable to hackers or terrorists who could use it to hijack ships — even commercial airliners, according to a frightening new study that exposes a huge potential hole in national security.”  While I think that’s an overheated conclusion, I suspect that we may need an even greater scare to finally build out a secondary form of civilian electronic position fixing…

What the University of Texas at Austin engineering team did is probably best described at their own site and in their YouTube video. In short, they were able to fool a serious GPS navigation system into thinking it was going some place it wasn’t, which is far more sinister than GPS jamming. No alarms sounded, and the autopilot started steering some place the crew didn’t realize their vessel was going. The fact that Humphreys managed to conduct this experiment on an 80 million dollar superyacht, with a proper captain and crew in whites, mainly served to make the story a lot more compelling. 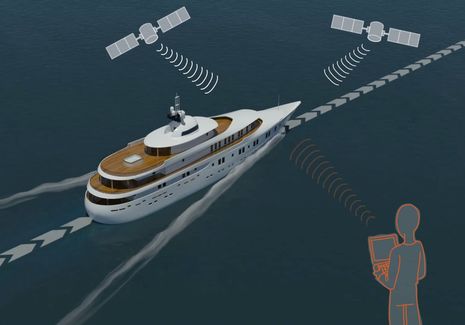 The fact is that GPS spoofing has been a worry for many years. One of my most memorable interviews took place in 2001 with a former administrator of the FAA named Langhorne Bond. We had a phone conversation that went on for hours and then he followed with a 116-page fax further detailing the dangers of over-dependence on GPS. The PMY article that followed — The Dark Side of GPS — quotes Bond thusly: “If we rely on GPS alone, there is the risk, indeed the likelihood, of multiple aviation and marine catastrophes.”
That was back when many experts like Bond were lobbying to convert the existing Loran system into a modern eLoran version that would nicely backup GPS using an entirely different technology that’s harder to jam or spoof. But the Obama administration killed the U.S. eLoran project in 2010 and at least some of the old towers were destroyed. Heck, the U.S. Congress just completely cut the FAA’s 20 million dollar budget for GPS modernization! 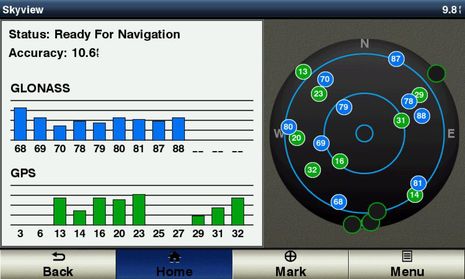 It’s great to see companies like Garmin incorporating the Russian GLONASS version of Global Navigation Satellite Systems — or GNSS, with “GPS” being the American version — into even the smallish GPSmap 741 seen above monitoring both systems from here in Camden, Maine. The more satellites the better for accuracy as well as reliability in difficult conditions. But I believe that GPS jamming is fairly easy to extend to GLONASS as well as Chinese and European GNSS in development, and it’s noteworthy that South Korea, which actually does get jammed by their northern neighbor, has decided to build an eLoran system.
Then again, there’s never been a malevolent use of GPS spoofing that I know of, and I suspect that the spoofed White Rose of Drachs crew would have seen a problem before anything catastrophic happened, because they use other means of navigation like radar, depth sensing, and magnetic heading. Like we all do, right? I fear we’ll have to wait for a really good backup electronic positioning system, but in the meantime, I’m not sure there’s a better presentation on where “GPS” is heading, and the booby traps involved, than Todd Humrphey’s TED talk, which begins with the important slide below. The better it works, the worse it may hurt when it doesn’t. 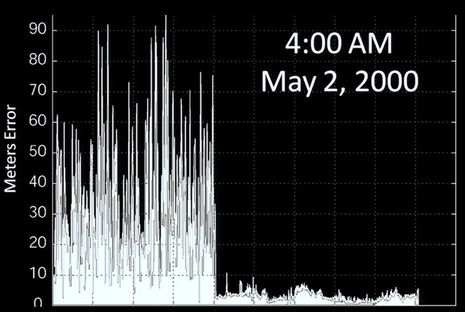