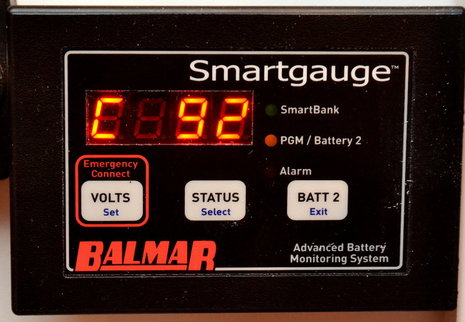 If you like sailing with some electronics running, or just anchoring without a generator, you’re probably very interested in the State of Charge (SoC) of your battery banks. Voltmeters, however, only hint at what’s going on, and true battery monitors require careful calibration and the installation of shunts, but still tend to get out of whack over time. Well, darned if the great RC Collins of Compass Marine didn’t go to extraordinary lengths to prove that the Smartgauge — a little known product that’s been around for almost a decade — can somehow accurately measure SoC without calibration and without a shunt, and yet still get even more accurate over time. Apparently when it shows your Charge at 92%, as above, your battery bank really is at 92% capacity… 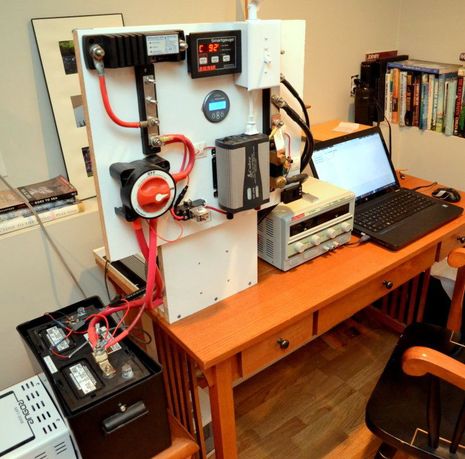 RC Collins is knowledgable on many boating subjects, but I first wrote about his Compass Marine site in regard to a highly detailed 2011 article titled Installing a Battery Monitor. You can learn a lot about traditional amp hour counters in that article, particularly the popular Victron BMV-602 which Collins also used as one reference in the elaborate Smartgauge test setup you see in these photos. Let’s note that unlike the Smartgauge the BMV and other monitors with shunts can display realtime current use — which I found useful for understanding Gizmo’s power needs when I first got her — and can also calculate remaining amp hours in addition to charge percentage, at least theoretically. The Link 1000 Gizmo came with seemed very accurate about actual current use, but nearly drove me bonkers with inaccurate amp hour info (until I was calmed down by battery-smart readers). 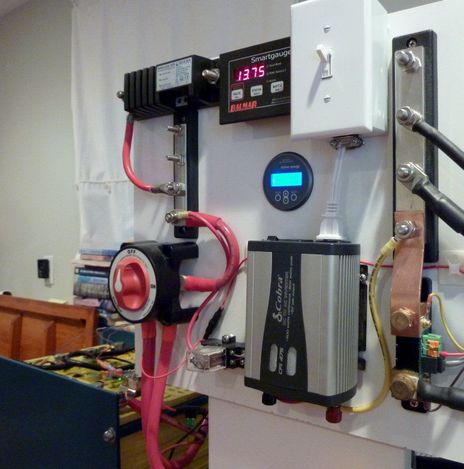 A Smartgauge only delivers voltage and SoC (and voltage for a second battery bank) but, wow, it seems to do that amazingly well. While I highly encourage you to read the full Compass Marine Smartgauge review, know that after four months of testing with all four major battery types, RC wrote “If I had three thumbs this product would get all three!” Reading the full test is also a lesson in how difficult battery monitoring really is. In order to calibrate the testing, Collins built a system able to properly measure batteries against their 20 hour capacity rating. Gizmo’s “245 A.H. @ 20Hr” AGM 8D batteries, for instance, should each be able to deliver 12.25 amps per hour for 20 hours while going from full charge to 10.5 volts at about 77 degrees. But these batteries — now at least five years old — no longer have such capacity (if they ever did) and the difficulty of making an accurate 20 hour test would be strike number one against the accuracy of a traditional amp counting monitor (followed by Peukert’s law and other nuances that make this subject so complex). 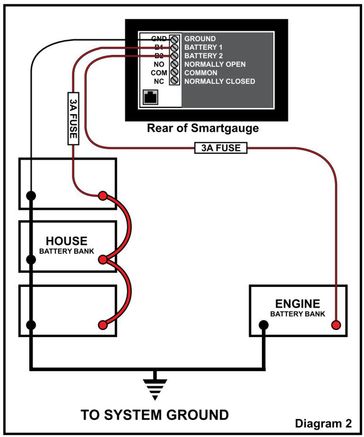 In fact, RC sometimes had to run three complete 20 hour discharge/recharge tests to determine the capacity of used batteries, and that’s when the Smartgauge really started blowing his mind. Even though it only sees voltage, via a pair of 14 gauge wires going directly to the battery terminals, the Smartgauge usually came up with an accurate State of Charge percentage before Collins and all his precision equipment could even determine accurate capacity. He notes that the device can’t handle Lithium batteries and is less accurate when a bank is being charged, but in discharge mode he believes it’s more accurate than the two traditional shunt sensors he compared it to even though they were painstakingly calibrated (and won’t stay that way on their own). And on top of it all, RC manages to includes some battery geek humor; for cripes sake, if you do act on the results of his hard work, buy your Smartgauge at Compass Marine.

As much as I appreciate RC’s testing and writing, I do feel like an idiot for having had a sample Smartgauge for years but never getting around to testing it. I even installed it on Gizmo’s power panel last spring but then got sidetracked when I realized that I could use the already wired Link shunt with the wonderful CZone Signal Interface (so SoC and live current load are on NMEA 2000, though of course that setup needs better calibration). Another possible test this season is the Victron Color Control QX discussed here, which could conceivably monitor Gizmo’s inverter/charger, batteries (via the latest BMV 700 series) and even the solar panels, with N2K output too.

Finally, I’d like to apologize for an extremely delayed product test to Smartgauge designer Chris Gibson (though I certainly won’t come close to RC’s super thorough review). The SmartGauge Electronics website is an interesting place to visit but I’m not sure much has happened there since Merlin Power Systems acquired Smartgauge in 2009. At Merlin you can see some of Gibson’s other power products like SmartBank split charging, and note that Balmar now distributes Smartgauge in the U.S. (reportedly with excellent technical support). But it’s at the original site where you can learn about the Smartgauge test boat — a “trad style” 70-foot narrow boat — along with neat details like how the gauge’s alarm relay outputs can be used with SmartBank to automate a battery locker venting fan. “Smart” is a badly overused word in modern electronic products, but maybe not this time. 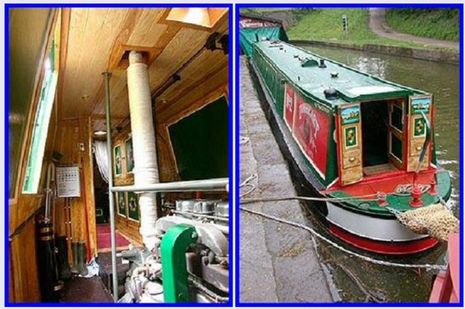