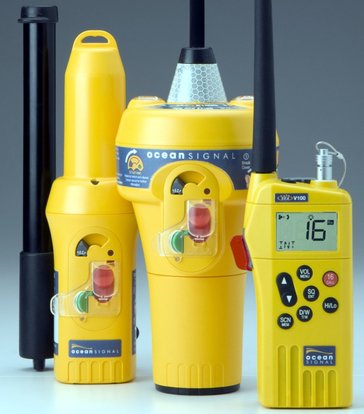 Ocean Signal is a relatively new name in serious marine safety gear, and Ocean Signal America — run by the same team that distributes Digital Yacht and recently-mentioned Digital Deep Sea in the States — just debuted at the last Miami Boat Show. That’s where I got to see and handle the gear above, and the company’s claimed engineering expertise seemed borne out. The Ocean Signal equipment struck me as beautifully designed, and there are some features, like user-replaceable EPIRB batteries, that will appeal to yachties. But the company may be smart to focus on commercial marine, as I’m beginning to wonder if COSPAS-SARSAT equipment has much future with boaters who can choose other solutions…

It used to be easy, and very true, to say that a device like the original SPOT did not have nearly the reliability of the EPIRBs and PLBs which are built to the COSPAS-SARSAT standards and use its non-commercial satellite system…though SPOT was great for non-emergency use. Now it’s becoming clear that not only has SPOT’s technology improved, but there are about to be a bunch of Iridium-based SENDs like the DeLorme inReach discussed recently that will offer truly global two-way emergency messaging. (SEND, by the way, stands for Satellite Emergency Notification Device, and is an acronym worth knowing.)
But perhaps more important, over a last couple of years most of the SEND companies and the various SAR authorities have begun working together to create standards and processes to ensure that commercially originated distress signals get treated as efficiently as those coming from EPIRBs and PLBs. In fact, two-way SENDs could make rescues more efficient, and could reduce false alarms. Naturally I’ve been following all this with interest, but it took a Doug Ritter blog post — “SEND Standard Approved by RTCM – Is COSPAS-SARSAT On Endangered List?” — to contemplate where all this may be headed. Doug has been focused on safety beacons at least since 2004 when he and his Equipped to Survive Foundation uncovered some serious performance issues. In that blog entry he details the current industry and regulatory situation, some of which he’s been actively involved in, and concludes that the established COSPAS-SARSAT system is in real danger of becoming irrelevant, adding that:

If that happens, then those {COSPAS-SARSAT} bureaucrats are going to find themselves short on work, because if only those required by regulation to carry a 406 MHz beacon are buying, then the market is going to shrink significantly and innovation in 406 MHz beacons will dry up and some manufacturers may likely abandon it. Those who must buy a regulated product almost always go for low price, not performance or features.

Yike!  Doug doesn’t mince his words — and of course this sort of major change isn’t going to happen tomorrow — but do you think his concerns are valid? If you already own an EPIRB or PLB, do you think it’s your last? 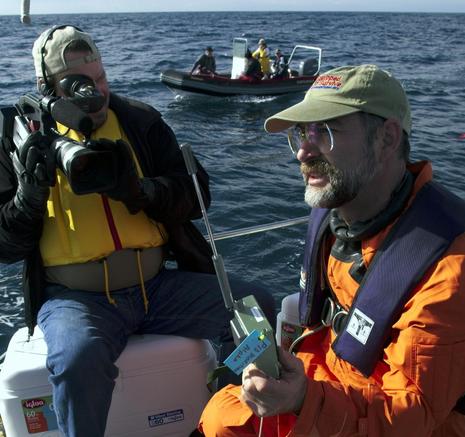