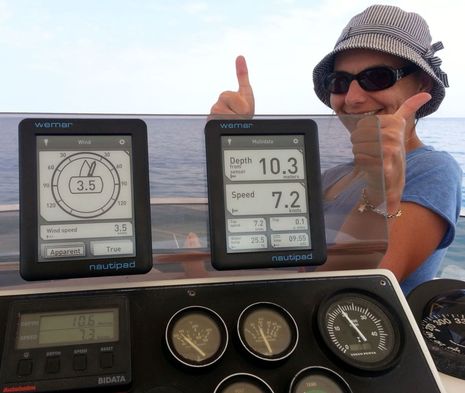 They look like excellent instrument displays, especially when you realize that they’re portable, wireless, waterproof, touchscreen tablets that rarely need charging and shouldn’t be wicked expensive. Unfortunately, though, they’re not currently available. I hesitate to write about a discontinued product, but the seemingly well-developed Wemar Nautipad system above could come back on the market if another company wants to give it a go, and e-paper screens seem like an interesting idea for boats anyway… 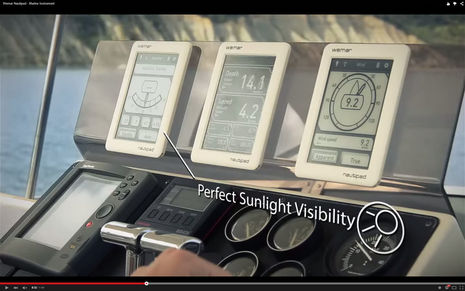 Information about the Nautipad system is still up on the site of developer Wemar (Weber Marine) in Slovenia, and this Nautipad video nicely shows off what the displays can do (this one, too). The 16 level grayscale, 800 x 600 pixel screens seem fast for e-paper and very readable (though I don’t know how well the “adjustable Edge-Lit LEDs” work at night). But Peter Weber told me that Wemar has regrettably discontinued the product due to insufficient interest since its 2012 METS introduction. “It seems that nowadays everyone wants color, although that is completely unnecessary for the purpose,” Weber wrote, along with the hope that some company with more marketing clout might take the product over. And there’s a lot more to the Nautipad system than just the e-ink tablets. 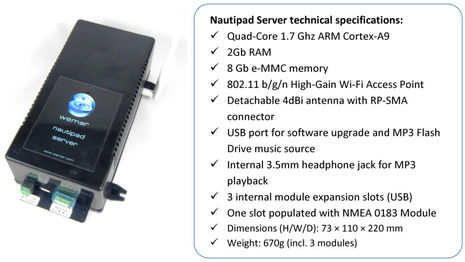 Weber also developed the powerful looking Nautipad Server that interfaces a boat’s NMEA 0183 sensors with the Linux-based WiFi tablets (brochure PDF download here). The system can even control certain autopilots and there were NMEA 2000 and SeaTalk server modules at least in the works, as well as an interface with the chain counter and windlass/thruster control Wemar still offers. (Weber is also the inventor of the Tandem Anchor that intrigued Charlie Doane.) There were also two slide-in, tilt/swivel tablet holders available, one with a 12/24v charger, and the system apparently has enough horsepower that many other functions were planned.

When the Nautipad system was on the market, a basic server/tablet kit cost about $585 with an extra tablet about $240 (at the current friendly exchange rate). I believe that the fairly low prices were possible — and may still be possible — because the tablets can be sourced in reasonable volume from another Slovenian company called Visionect. In fact, one of the best explanations of electronic paper technology — also called e-paper or e-ink — is on the Visionect blog, and their Geoffrey electronic waiter system (below) is another good way to see what a dedicated e-paper tablet system can do. And of course, there are lots of other e-paper display manufacturers, like whoever makes the Amazon Paperwhite, and you also might be impressed with this E Ink display destruction test video.

I like bright color displays (and still don’t understand why more VHF radios don’t have them), but I wonder if there aren’t good uses for rugged, low power, highly readable e-paper displays, too, especially given all the development being done to put boat data and control onto WiFi. In fact, it was one of the Signal K developers who suggested the Nautipad to me, and I understand that that project is moving along very well. What do you all think? 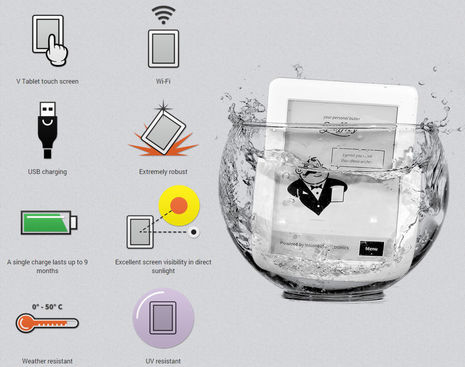