I installed a Ray Marine AP into my friend's Hunter 340 last month, and as an independent unit following a heading, it works fine.

Now he has connected the subject Garmin plotter to the Ray Marine (RM) SeaTalkng (ST) network via a NEMA 2000-to-ST cable using a short blue/black ST cable from the tee to the end of original ST backbone.  The tee was needed because the backbone was already full with the EV100 autopilot connections.

So the connections to the tee are Garmin, terminator, and short blue/black cable to the EV100's backbone.

The connections to the backbone are the aforementioned connection to the "Garmin" ST tee on one end and another ST blue/black cable from the other end of the backbone to the EV-100 compass unit where it connects to an ST tee with a terminator and a black/white connector to the compass (making two terminators total for the network) plus the network power, control head and "brain" cable connectors.

On the Garmin's communications page, the Raymarine components are seen; so we know their is at least one-way communication.  However when a point is entered into the plotter and the go-to function initiated, the AP control head displays a "No Nav Data" error when it is commanded to follow the plotter.

We have tried all of the communication options from the plotter with the same end.  Any suggestions?

Nav data such as XTE and Wpt Rng/Brng has defined PGN's that will transmit across N2 between brands, but there are no such standardized PGN's for pilot commands to engage, turn this way or that, or change mode from say steer to HDG or NoDrift or Wind Mode.  Those commands are proprietary back channel comms that just happen to take place over the N2 network.  So your Garmin plotter can certainly send nav data to a Ray AP, but it cannot tell it to engage.  AP commands, like Radar commands, are proprietary to brand and won't migrate between different manuf.

Perhaps this http://forum.raymarine.com/showthread.php?tid=3007 would be helpful.

This is very useful information.  I am planning an update to my Catalina 34 and, I like the fact that Garmin still offers NMEA 0183 connections on their new chartplotters (I was thinking Garmin Echomap Plus 75cv) however, its inability to communicate with the Raymarine EV100 autopilot is a problem for me.  I don't want anything fancy (like autorouting) but would like to be able to enter a waypoint on my plotter and then command the autopilot to go to the waypoint.  Ideally, I would like to be able to have the EV100 follow a route but I would settle for a waypoint.

I was hoping to use the Garmin Echomap's NMEA 0183 port to talk to my trusty Standard Horizon GX1500S VHF providing my boat's position to the VHF and receiving position request data from buddy boats from my VHF.  But I can get position to my VHF from the NMEA 0183 port on my Em-trak B100 AIS transponder.

I phoned Garmin and they said interface with a Raymarine EV100 autopilot would be rudimentary and I would almost certainly not be able to command the AP to go to a waypoint on the Echomap.

Is there any practical experience with positive results driving a Raymarine EV100 AP with a Garmin chartplotter?

Assuming no, I will likely go with the Raymarine Element 7S instead of the Garmin.  Performance looks to be excellent and I don't really need (want?) a touchscreen, however, it only has a Seatalk ng output (strangely, using a NMEA 2000 Devicenet plug rather than a Seatalk ng spur plug) and no NMEA 0183 output.  I know adaptors are available (Actisense) but I wish chartplotter designers would take a cue from Garmin and include a NMEA 0183 port so that legacy equipment can be readily connected. 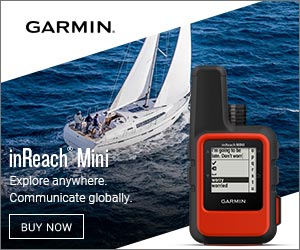