Aqua Map‘s Giorgio Ghiggini confirmed via email today that his company will modify their apps to support the new Garmin ActiveCaptain Community application program interface (API): “Yes, we are going to integrate the new ActiveCaptain APIs soon. At a first look it does not seem to be a huge rework.”

This certainly seems like good news for those who rely on Active Captain overlays for awareness while underway.  Since Garmin pulled BlueCharts Mobile from the Apple App Store, many cruisers have been looking for a good alternative with some assurance that ActiveCaptain Community data would remain available.

This has been a contentious story and here’s a quick rundown of the twisting plot: In May of 2017 Garmin bought ActiveCaptain, and almost immediately there was concern about what this would mean for the ActiveCaptain partners who had integrated AC into their applications and hardware.  In November of 2017, Garmin discontinued BlueCharts Mobile (BCM) and brought out the ActiveCaptain application.  This app is focused on owners of Garmin hardware and left those who relied on BCM looking for a mobile solution capable of displaying AC POI and serving as a secondary (or in some cases primary) chart plotter.

Then in early March of 2018, as if there wasn’t enough intrigue in our little world, Polar Navy posted what turned out to be a partial quote from an email Garmin sent to AC partners indicating the data API would be discontinued on 5/23/18.  A little further digging revealed that there was more to the story and Garmin was bringing out a new API to be released by 4/1/18.

The ActiveCaptain developer’s page remains blank but Giorgio’s email indicates that the API is out there somewhere and AC partner developers are getting their hands on it.  I’ve emailed Garmin trying to figure out what the story is with the AC developer page, but haven’t heard back yet. 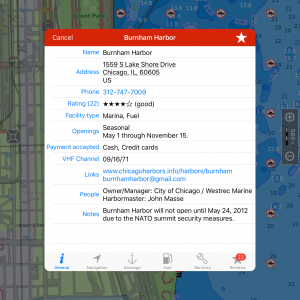 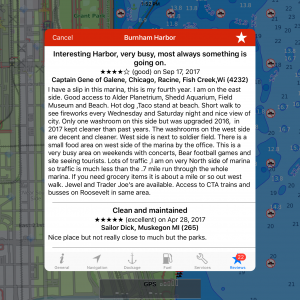 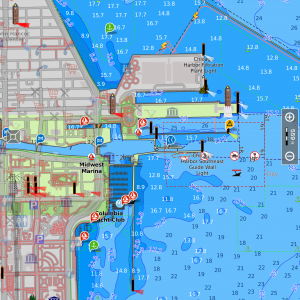 Robert Sherer did an excellent review and comparison of 14 navigation apps for Waterway Guide, and he spoke highly of Aqua Map; in fact, it’s the app he uses at the helm when he’s underway.

Unlock the ActiveCaptain Community for your users by contacting [email protected].

As a developer you will get free access to our POI data and getting started with us is easy with our online API documentation.

Ken added that,  “All is moving along as discussed on our call. All but one API has been released, (which should be released shortly) and we’ve been actively working with all of our App developers to help them along as needed.”