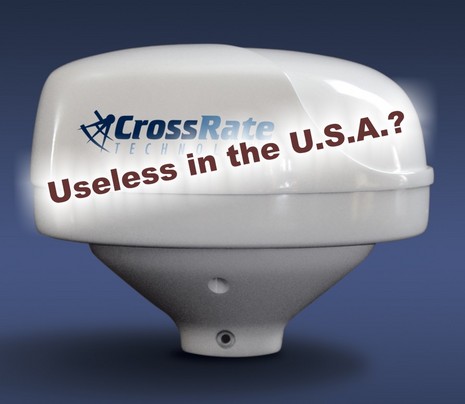 Well, this may be the saddest product introduction ever.  Last week CrossRate Technology finally launched its flagship eLGPS 1110 multi mode receiver.  If I had one powered up outside the lab right now, I’m confident that it could use both regular Loran-C, including the eLoran enhancements already added to the system, and WAAS GPS to determine my position in two ways — and thus redundantly — and could also use Loran to provide heading even when stationary.  But here’s the giant rub:  A single signature, which may come at any moment, could end Loran-C, and eLoran, in the U.S.A. for good, starting next month…

Frankly, I’m amazed that it’s come to this and, like CrossRate, hold out hope that Secretary Napolitano will see the light and keep Loran alive.  When I last reported on this issue in February, 2008, it seemed evident that the Coast Guard’s efforts to shed its Loran financial obligations were just that, and that many responsible parties wanted to see Loran perfected into an eLoran backup to GPS for all sorts of purposes besides marine navigation.  And it’s been going like that ever since.  Heck, here’s what the Independent Assessment Team (IAT) from the Institute for Defense Analyses reported to the Department of Homeland Security (DHS) last January (pdf here):

Yet, someone in the Obama administration’s budget team identified Loran-C as an obsolete system that should be eliminated, the President himself referenced it thusly last May, and no one has been able to reverse this mistaken — and financially inconsequential — process since. One of my senators tried, BoatUS tried, the RTCM just fired off a strong letter, and the editors of GPS World have not pulled punches.  Yet Obama has signed the DHS appropriations bill with the Loran shut down clause, the U.S. Coast Guard Commandant certified that termination
of Loran-C will not adversely impact maritime navigation, and the only step remaining is for Secretary Napolitano to agree.  Can you believe it, especially given that the cost of completing eLoran is not much more than cost of mothballing all the Loran-C stations?  I don’t know if it will do any good, but I did just leave a message for the Secretary regarding the value of Loran-C and eLoran at the comment number below.
And I also spoke today with one of the CrossRate team who’s been working hard to create a high quality eLoran/GPS receiver.  While he had to wistfully admit that their new eLGPS 1110 may be pretty much useless in U.S. waters soon, there are potential markets in Europe and Asia, where eLoran is going ahead. 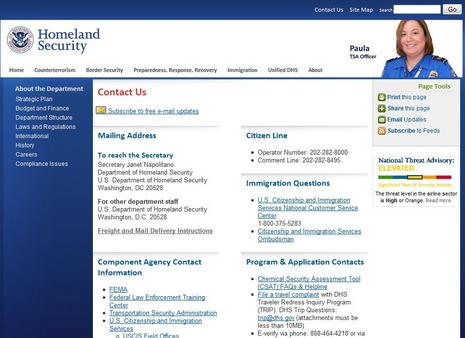