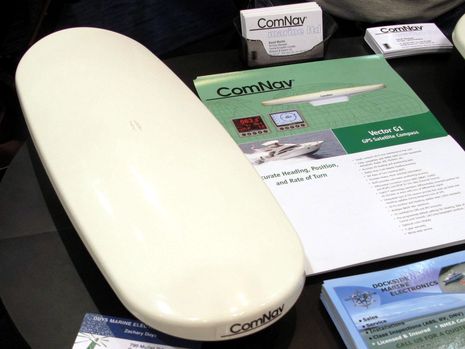 I first saw this notably svelte GPS compass — it’s only 16.5 inches long and less than 3 inches high — at the Miami Boat Show, as the ComNav Vector G1 (PDF here). It measures not just heading (to 0.6° accuracy) but rate of turn, pitch, roll, heave, position, COG, and SOG, and it can purportedly deliver all this data via NMEA 0183 or 2000, some at up 20 Hz (i.e. 20 updates per second). When Si-Tex recently introduced a very similar looking device dubbed the Vector 3D, I started poking around and discovered that at least the basic technology is actually built by Hemisphere GPS as the V102 and it’s also sold as the True Heading Vector Carbon. I have no problem with multi badging of products like this, but it seems like it takes the literature from all these models to best understand the device, and there are still some mysteries…

For instance, Hemisphere’s otherwise comprehensive online manual doesn’t even mention NMEA 2000, though its unit is in fact listed as N2K certified, as are the similar True Heading and ComNav compasses. But it wasn’t until I looked at some video clips on the True Heading site that I realized that the NMEA 2000 output comes from a translator module that screws into the standard port and therefore lives external to the casing. Now it may be that ComNav and/or Si-Tex have a different way of doing this, but if they don’t then the pole mounting seen below isn’t going to look quite so clean. (Note too that the Hemisphere manual states that such a pole mount fails some vibration standards.)
On the other hand, True Heading doesn’t mention the “Coast” technology touted by the others, a features that purportedly allows “Hemisphere GPS receivers to utilize old differential GPS correction data for up to 40 minutes without significantly affecting the positioning quality.” And not one of these brands list the NMEA 2000 PGNs the device outputs, not at least where I can find them. {Correction: The PGNs are listed in the Hemisphere manual, starting page 26.} And that may be fairly significant as I recall hearing that the possibly valuable Heave data this motion sensor puts out may not be included in a standard N2K message. One sign of that is that Furuno uses a proprietrary Heave PGN in its SC30 GPS compass, a fact you can verify in the manual along with all the standard N2K PGNs the non-certified SC30 puts out. (Yes, it seems fair to wonder why listing PGNs doesn’t seem to be part of the certification rules NMEA is so alarmed about. {Correction: Listing PGNs is a certification requirement, but the content of the PGNs, beyond network necessities, is not, which is interesting in this case because Heave does not seem to be output as a standard or proprietary PGN.} )
At any rate, I once saw an SC30 deliver amazingly fast and sensitive heave information, but I don’t know if it could be used to compensate for wave motion with anything but Furuno’s own fishfinders or side scan sonars. Nor do I know if there even are other sonars that know how to compensate for heave, though the Si-Tex Vector 3D release seems to suggest that, or how they’d get the data. I do know from trying an SC30 on Gizmo last summer that it can deliver phenomenally accurate and stable heading data to every NMEA 2000 MFD I tried, though it does need a good sky view and it is significantly larger than this Hemisphere etc. model. 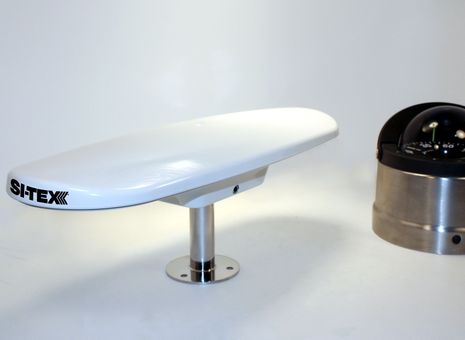