Iris NightRunner nav camera, too good to be true? 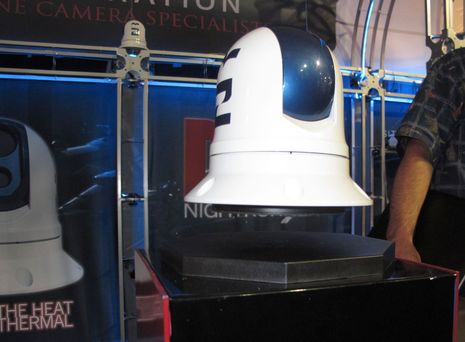 Iris Innovations used some magnet magic to highlight the sveltness of the NightRunner dual payload pan/tilt/zoom navigation camera system it debuted in Fort Lauderdale. The real magic, though, seems to be in the pricing. At about $5,000 including a full-featured joystick control pad, the NightRunner isn’t that much more than a fixed Raymarine T200 with the same 320 x 240 thermal resolution and no daylight camera at all, and the NightRunner installation doesn’t seem much harder. Meanwhile the dual payload PTZ model most similar to the NightRunner appears to be the  FLIR M-324L (or its sibling Ray T400) with a full retail price of about $15,000!  How is this possible? 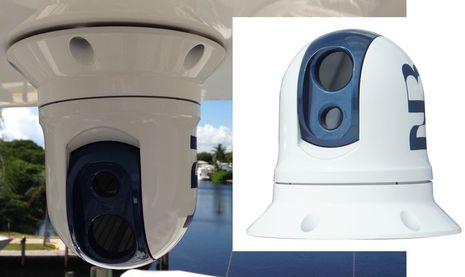 I do not fully understand such a seemingly radical price difference, but I do know that there is a whole lot of technological nuance in these thermal nav camera systems. Iris, for instance, seems to have sourced smaller scale parts. The NightRunner is 6.3″ high and 6.8″ in diameter including that easy (though less elegant) mounting flange, while the similar model M-Series (or T Series) casing is 11.2″ high and 7″ in diameter. So, can the apparently smaller Tamarisk 17 µm VOx Thermal Core produce as useful an image as the same resolution FLIR core? I’m dubious, largely because I’ve seen FLIR thermal image quality improve over the years regardless of resolution (as I tried to illustrate recently), but then again, even crude thermal can highlight surprises in complete darkness. 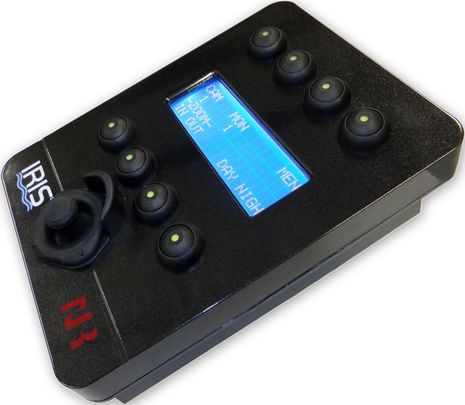 It will be good when Iris puts up NightRunner video captures like FLIR and Raymarine offer (though better if all parties would declare the resolution in use), but the utility of the 595 controller is fairly apparent. Joystick pan and zoom seemed smooth and fast at the FLIBS booth, and I think that most any skipper could easily use that screen and its 8 soft keys to get around even a complex menu system (that we’ll know more about when the manual comes out). In fact, Iris already has a similar 516 controller that can handle dozens of cameras (including the NightRunner after a planned update). 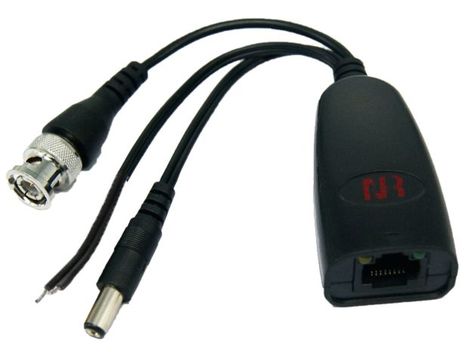 I also felt I could understand the NightRunner’s unique install scheme, and it seems clever to me. While you or an installer only has to run a single Cat 5 Ethernet cable to the NightRunner, it is not an IP camera. Instead, the Ethernet wires carry analog video, serial control data and dc power that gets broken out somewhere near the helm with the small device above. In fact, Iris does not believe that IP is appropriate for navigation video because network traffic can cause pauses.
In a few months, though, the company plans to offer an IP encoder that will simply replace the break-out device and allow the output of the cameras to be networked around the boat with Ethernet and/or built-in WiFi. The encoder will also have an analog bypass for the main navigation display and the hope is it will cost less than $400. Sound good?
But I’m convinced that tightly integrating a nav camera with a nav system, as I’ve been testing, makes it significantly easier to use and more valuable. FLIR has forged such relationships with Raymarine (which it owns) and also with Furuno and Navico. Can Iris do the same?  Actually — not that anyone will say for sure — it seems likely that Iris worked on some beautifully integrated Garmin nav cams that unfortunately never came to market. It’s impossible to know if Iris has some reponsibility for that product shipping failure, but NightRunner is an entirely new design anyway, and it meets several serious environment standards (download data sheet).
Iris says that NightRunner uses Pelco D and ONVIF IP standards that nav system developers should be able to work with easily, but obviously, integration — like image quality and perhaps product durability — is an area that will take a while to fully reveal itself. That said, I think it’s fantastic that there’s now a $5,000 PTZ thermal/daylight nav cam available, and I’ll close with a feature that I wish FLIR would add, which is simply that camera pan location icon overlaid on the output of the NightRunner’s Sony Effio-P color cam. 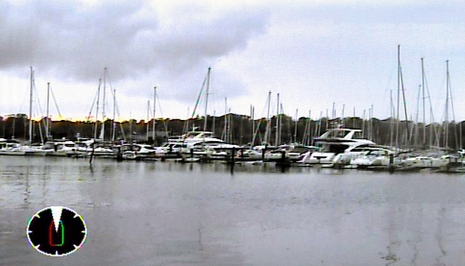