IsatPhone Pro does data, XGate a must? 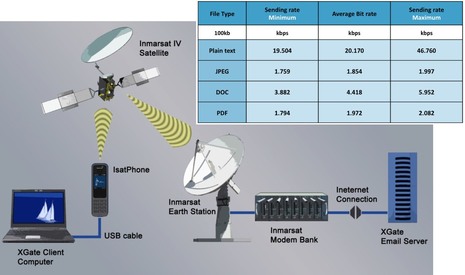 I briefly tested the IsatPhone Pro last summer, later we enjoyed the “independent study” war, and recently Inmarsat announced that the phone can now be used as a narrow bandwidth modem when attached via USB cable to a PC. But don’t be fooled by the fudgy “effective data rate of up to 20kbps” language in that press release. Global Marine Networks (GMN) has extensively tested the IsatPhone Pro with its excellent XGate sat phone email service and, as the table above indicates, 20kbps only applies to (highly compressible) plain text emails. In fact, GMN’s tech wizard Luis Soltero tells me that the phone’s raw data rate is about 1.7 kbps, “a tad slower than an Iridium”…

Apparently XGate is the only Inmarsat-approved solution for the IsatPhone Pro so far, and according to Soltero only GMN’s modem drivers — and not Inmarsat’s — actually work with the phone. He also revealed that the “IsatPhone currently only works with Windows. Mac users are currently out of luck unless they run windows VMware or Parallels. We have tested the IsatPhone under VMware on a Mac and it works perfectly. Note that Beam has not yet released data capable firmware for their docking stations but plan to do so in the very near future.” But he added that it’s “expected that Mac users will be able to use the IsatPhone Pro natively when in a dock once Beam releases their data firmware. This is exactly the same situation with the Iridium 9555 when it was first released (there is an extensive post on Panbo on this). Inmarsat has no ETA for Mac (or Linux) support.”
Incidentally, Dr. Soltero thinks that a Beam IsatDock is pretty important for offshore sailors because, at least where he lives at 40° North “Y
ou have to aim the antenna at the satellite for a minute before it registers and then you have to keep it aimed until the call is placed. (Once the call is in progress you can then move around.)  On a bobbing sailboat this would be difficult.” He has a Beam external antenna “which makes the phone very usable”, and he figures that the needed antenna/dock makes the Iridium/Inmarsat hardware costs pretty similar:

And while Inmarsat airtime is less expensive, Soltero feels that the slower data rate balances that out for boaters who use the time more for email and weather downloads than voice calls…and so he concludes that “the two systems are quite equivalent.”
However, I think that the IsatPhone Pro’s low handset price, along with the generous prepaid voucher deals (which will hopefully be available along U.S. coasts soon), may create a market for sat phones amongst boaters GMN is not used to serving. I’m thinking of coastal cruisers like myself who only occasionally wander outside cell coverage. They are probably willing to work with the phone’s data performance without a dock and external antenna, and they probably won’t like paying about $20 a month for XGate service either. Which makes me wonder if there’s an alternative email client that might not be as easy and fast, but will serve in a pinch. If you know of one, please speak up.
In the meantime, GMN has great page on XGate with IsatPhone, including a well done how-to booklet and two videos, including one on updating the phone’s firmware that would be useful even to someone not planning to use XGate. And, in fact, there are other services that claim to work well with Inmarsat’s new data service — like Vizada’s SkyFile Mail, GMPCS Speedmail, and OCENS Mail — but if you poke beneath the surface, you’re apt to find the good Doctor Soltero 😉 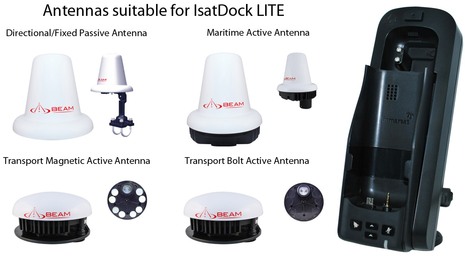