Navicom RT-650 MOB, doing it all, somewhere else 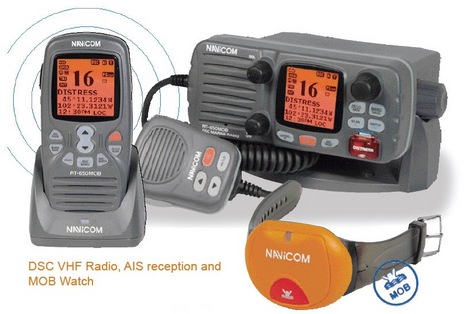 An interesting new product I didn’t see at the Miami Boat Show is this NaviCom RT650 MOB.  The company site is mostly in French, but MyBoatsGear.com links to a catalog PDF in English, and Foxtrot Marine has the most detail I can find.  This DSC VHF seems to have an integrated AIS receiver much like the Standard Horizon GX2100, plus optional wireless handsets like the Uniden Whams, plus integrated MOB fobs that seem to work a lot like Raymarine LifeTags (with more here).  The latter can apparently even trigger a DSC alert, and, in fact, all the parts make a lot of sense together, at least for some boats.  Has anyone out there tried an RT650, or know why the company hasn’t come to the USA?