At the Fort Lauderdale International Boat Show I got to take a demo cruise with SiOnyx to see their Aurora night vision camera in action.  What I saw during our cruise of the New River and Atlantic Intracoastal Waterway was impressive, but also illustrated some limitations.

The $800 Aurora is based on a 1-inch 720p CMOS sensor that is sensitive to the infrared light (IR) that’s not normally visible. This allows the Aurora to display night vision in color. SiOnyx explains that there is a large amount of naturally occurring IR, so even in extremely low light situations the camera should still be able to improve upon what the naked eye sees. The Aurora has three modes: Daylight, Twilight and Night; the first two both utilize the sensor’s visible light sensitivity while Night uses the IR sensitivity.

The Aurora is a full-featured action camera including a GPS receiver, compass, and WiFi radio in an IP-67 water resistant case with a MicroSD slot for recording still images and 720p video.  The camera must be manually focused because of the auto-focus performance in low light conditions, according to SiOnyx, though they do hope to be able to find a workable auto-focus system. 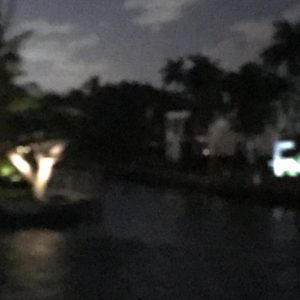 A scene along the New River as captured by an iPhone 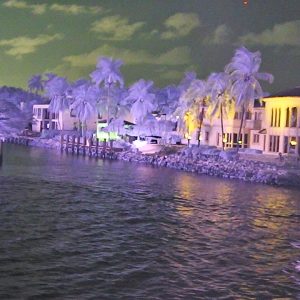 The Aurora was much better at providing visible detail

The images above show first what an iPhone was able to capture and then what the Aurora was able to capture.  Our ride started on the New River and proceeded out to the Intracoastal Waterway and then south.  Turning the f1.4 lens in any direction on the new river mostly revealed greater detail than I was able to appreciate with the naked eye.  However, in areas with significant light sources the Aurora’s ability to show details was reduced.  There were other challenges; for example, reading signs proved much easier with the naked eye than through either the electronic viewfinder (EVF) or on my iPhone running the SiOnyx Aurora app while paired to the Aurora over WiFi. 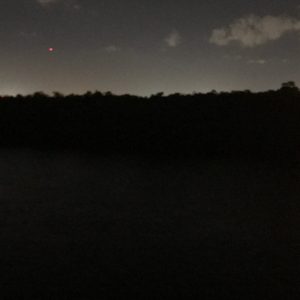 The mangroves south of the Port Everglades inlet from an iPhone 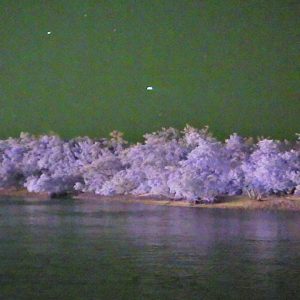 The mangroves south of the Port Everglades inlet from the Aurora

Our demo ride headed south of the Port Everglades Inlet down into the Mangroves for as dark a demo opportunity as possible in this generally well-lit area. The Mangroves are indeed pretty dark but there’s still a lot ambient light available so I don’t think I’ve yet had a chance to fully explore the capabilities in truly inky black, moonless conditions. 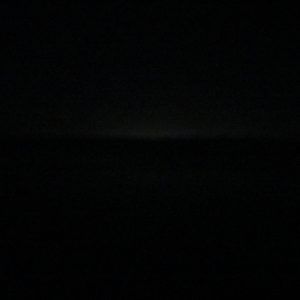 Area outside of a marina captured with an iPhone 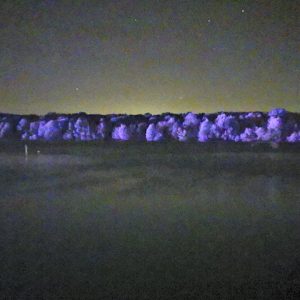 Same area outside of the marina captured with SiOnyx Aurora

Over the next few weeks, we will be moving Have Another Day south on the Tennessee Tombigbee Waterway and I expect to have opportunities to test performance in some very dark conditions.  The two pictures above are taken from a marina along the Tenn Tom where there were minimal other light sources.  The slight glow on the horizon is the sun several hours after sunset.

Overall I am pretty impressed with what the Aurora is able to deliver as compared to either the naked eye or an iPhone.  I don’t have a FLIR Ocean Scout available, and I would like to make that comparison as well.  But during the demo there were clearly conditions in which the Aurora really shines and others where it had less to contribute, and I think it’s easy to justify the $800 list price in exchange for what you receive.