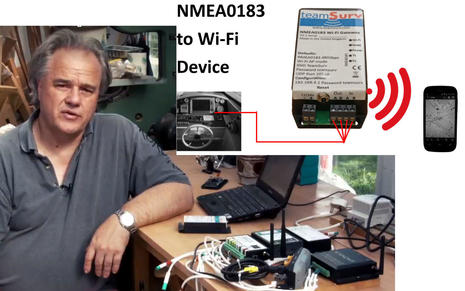 When it rains, it pours (particularly at Panbo HQ this “spring”). NMEA-to-WiFi bridges are quite useful — mainly for getting basic boat data like depth, GPS, and wind into the wonderful world of marine mobile apps — and there have been numerous choices for a while. But yesterday TeamSurv started offering an interesting and notably inexpensive new bridge on KickStarter, and the intriguing FloatHub bridge and monitoring system will join it there soon… 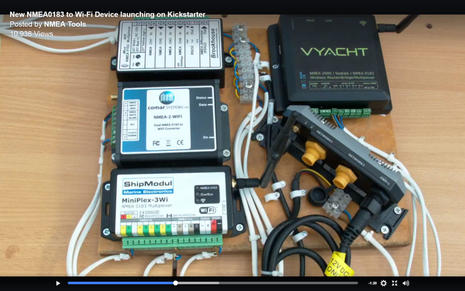 Since 2010 TeamSurv has been involved in crowdsourcing depth survey data, and thus they’ve developed numerous tools for logging NMEA data. They also surveyed the field of NMEA-to-WiFi bridges, as shown on their NMEAtools.com/comparison page, and decided they could do better. Hence, the TeamSurv KickStarter campaign to presell a first batch of bridges for planned delivery in October.

Of course, TeamSurv is hoping to make it easier for more boaters to collect depth data — and, personally, I’d like to share my surveying with TeamSurv because they seem most committed to sharing it further (see co-founder Tim Thornton’s comments here) — but the bridge will be able to supply all sorts of data to all sorts of apps. 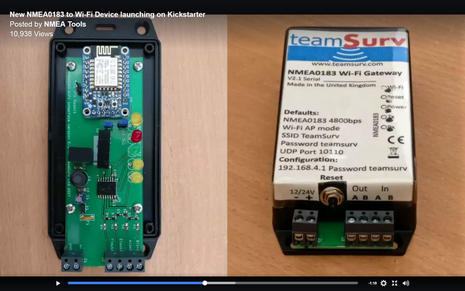 According to the NMEAtools comparison page, TeamSurv’s is a basic NMEA-0183-only bridge with some excellent features like opto-isolation, configuration via web browser, and the ability to be a WiFi client instead of an access point. I always appreciate it when a company is willing to compare its product features with the competition, but I also look at such comparisons with a skeptical eye. In this case I don’t notice any obviously missing feature categories, but there certainly are other ways to accomplish the same goal.

For instance, the Digital Yacht iKommunicate gateway can deliver the same data to the same apps as well as support Signal K apps like the amazing WilhelmSK using a usually data richer NMEA 2000 network as the source. A Vesper XB8000 AIS transponder can also deliver boat data to mobile apps, sourced from either NMEA 0183 or 2000, and I will be detailing how fabulously Vesper has improved that feature set with what they call the smartAIS update. Their WatchMate app now delivers the best AIS and anchor drag alarming I know of, and it’s interactive with the XB8000 hardware alarm so the app doesn’t need to be open all the time. Brilliant. 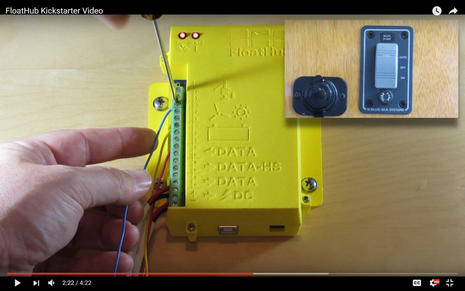 TeamSurv also had no way to know that FloatHub was coming along. In fact, you’re hearing it here first, and the FloatHub KickStarter campaign may not kick off for several months. But you, too, may be impressed with how much is already detailed in their YouTube video and in their Help section. For FloatHub, serving NMEA 0183 data over WiFi to mobile apps is a useful sideline, while full fletched 24/7 remote monitoring is the primary goal.

The planned FloatHub KickStarter price of $149 is not the bridge bargain TeamSurv seems to be offering, but it could be a great deal for remote monitoring with low subscription costs (and a $239 cellular model in alpha development). Also, I received a beta FloatHub WiFi hardware sample yesterday and will report on it in comments below. 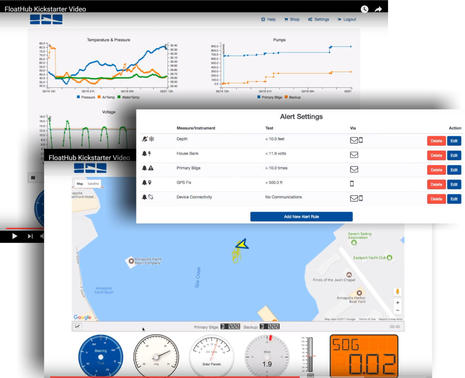