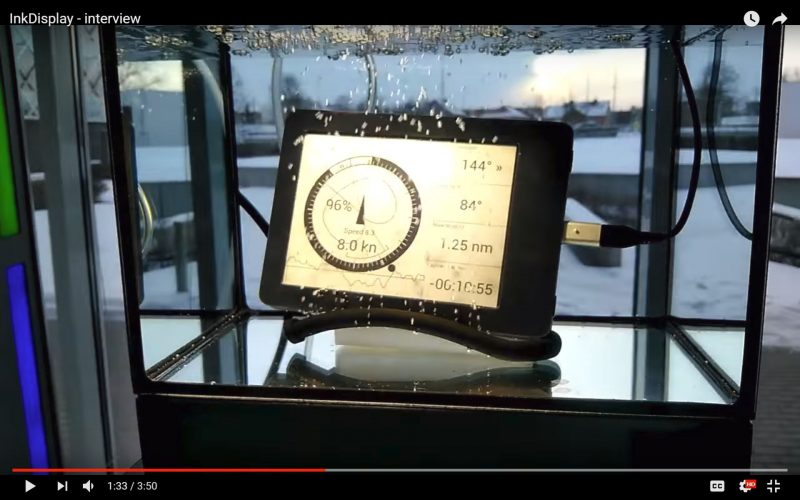 The just-announced SailRacer inkDisplay seems impressive. For about $360 you get a sunlight readable 6-inch Android wireless tablet so waterproof that it can purportedly run in that aquarium forever. In fact, the video shows it bouncing onto concrete –hey, it’s also rubberized — and then into an icy Lithuanian puddle, with the screen still running. What it’s running is a special remote display version of SailRacer, so the app is controlled on a phone anywhere on the boat while the inkDisplay can even be attached to the lower mast (somehow) like the fancy racers do.

What may be most interesting is the display’s E Ink technology, specifically the 768 by 1024 pixel, 16-level greyscale Carta variety seen on the early Amazon Kindle Paperwhite e-readers. “Fantastic for reading on the beach, in broad daylight” was one rave at the time, and doesn’t that sound perfect for an instrument display?

Note that the inkDisplay does not have any internal lighting for night use, and the last e-paper marine displays I enthused about are long gone, but isn’t there a chance that this sort of display could become common and useful on boats? For instance, maybe SailRacer.net or a similar company can source the tech behind Amazon’s latest Kindle Oasis, and at an interesting step up there’s the Racegeek d10. 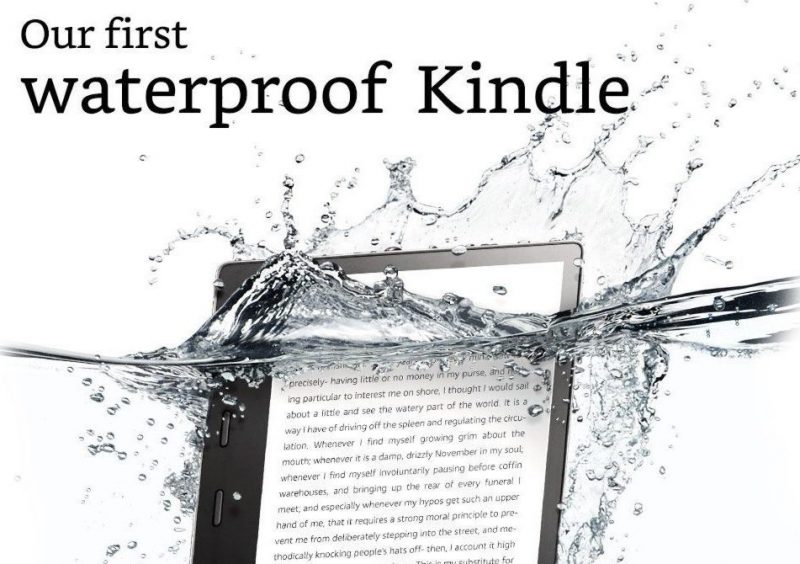