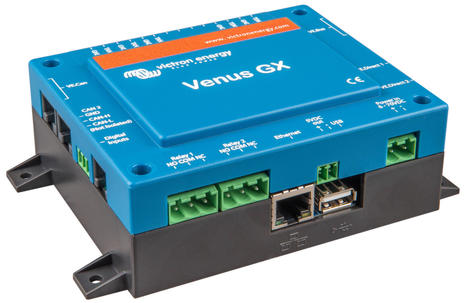 Victron’s new Venus GX is a dauntingly complicated looking blue box, but it could beautifully simplify and improve the monitoring and control of a boat’s electrical power system. Essentially, Venus is a Color Control GX without the screen, which makes it less expensive, and it also has extra goodies like 3 tank level and 2 temperature inputs, built-in WiFi, and yet more I/O that hasn’t been enabled yet. The Color Control has evolved (and been used) a lot since I wrote about it in 2014, and Venus can do more… 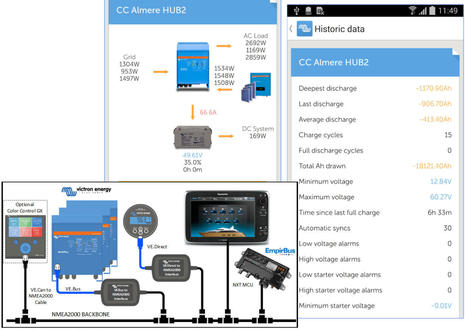 The Victron MultiPlus inverter/charger I installed on Gizmo in 2012 has served very well, and I’m also pleased with a BMV-600S (see end of this entry) that’s monitoring the boat’s new-last-spring Firefly carbon foam battery bank (though the BMV-700 series looks better). But a Venus or Color GX would let me better see and manage the AC and DC power, and if I switched a Victron BlueSolar controller into the 280 Watt Kyocera panel setup, wow!

Gizmo could have integrated monitoring and management of the entire interplay of power sources and loads so important to the happiness of vessel and crew. Getting the data onto my NMEA 2000 screens is not trivial, but that seems fairly understandable given how many markets Victron spreads its R&D across, and the free apps and cloud monitoring look lovely. Obviously, I’m hoping to at least test this concept. 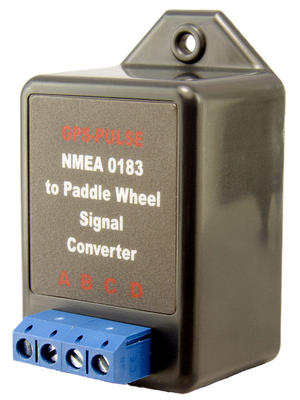 Meanwhile, there are many boaters simply trying to get by with the electronics they have, and CruzPro is can help. Their new SOG2 module replaces the pulse signal coming from a broken (or endlessly annoying) paddlewheel speedo sensor with SOG (speed over ground) generated with a built-in GPS receiver that can also supply full GPS data to charting programs and plotters via NMEA 0183. I didn’t know a fix like this existed, but actually CruzPro’s earlier SOG1 has been popular.

And it may be your lucky day. If you have a traditional boat speed instrument display driven by a paddlewheel transducer that’s seen better days, CruzPro is looking for a few boaters to install and test the SOG2 so that they can validate a list. There’s no guarantee you’ll be chosen — they’re looking for a wide selection of popular speed displays — but contact CruzPro at [email protected] 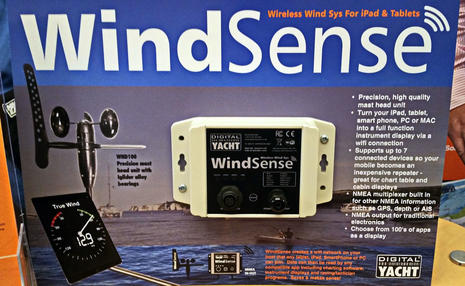 Digital Yacht is another developer looking out for boaters still using NMEA 0183. So while their relatively new WindSense WiFi Wind System is an economical standalone wind transducer cabled to a box that wirelessly delivers the data to mobile phones and tablets, the 0183 wind data can also be output to existing fixed displays, and existing onboard 0183 data like GPS, Depth, and AIS can be multiplexed to various apps including DY’s own freebie. In fact, the wind sensor can be purchased alone and just wired to a NMEA 0183 input, to heck with the WiFi thingies. 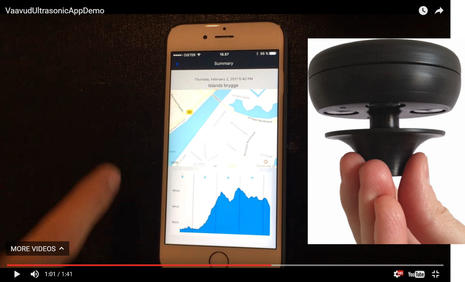 By contrast, the just-about-to-ship Vaavud Ultrasonic wind sensor is entirely wireless with mini solar panel power and a Bluetooth 4 connection to Apple and Android devices. Moreover, it also has thermometer, compass, gyroscope and accelerometer sensors built in, and can be updated over Bluetooth. The Vaavud app already looks interesting, and I understand that they hope to work with other app and display developers.

Another good sign is how this ultrasonic hardware/app/cloud project is the combined work of the team that built the Calypso Cups I tested and the team that built the original Mjolnir cups, which I backed on Kickstarter. It wasn’t meant for boat use (or worthy of Panbo coverage), but it worked fine and the pledge seemed a small price to encourage young engineers who might move into marine electronics. That idea seems to be working out.

What’s not working out well is how I pass along much of the marine electronics news that regularly comes across my screens. Writing long, deeply researched features has value, I hope — and I can’t help myself anyway — but I think Panbo would benefit from a new “News+” page that will essentially be a blog of more frequent short news pieces (not unlike how I started here way back when).

I have, in fact, been more newsy on Facebook and Twitter recently, and while I get the new page together, I plan to crank up the FB posts (which will get echoed on Twitter), and you’ll see new Facebook widgets on the main page and also bigger on the About page. If you have thoughts on this, I’d love to hear them, but let’s discuss here on the Forum so that this entry can stay about the product news. Thanks!