The Aegean loss, would AIS have helped? 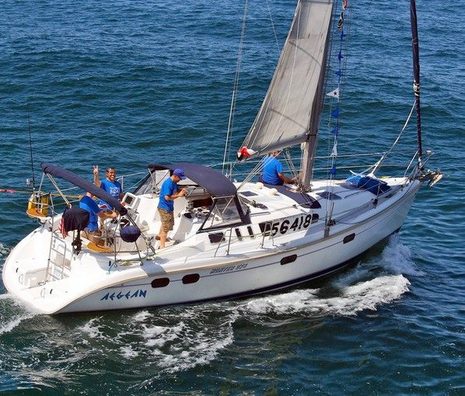 It is quite chilling to see this photo of the Hunter 376 Aegean taken at the Friday start of the Newport to Ensenada Race (by Susan Hoffman) with the knowledge that the boat was “smashed to bits” that night and that all four crew were lost. We may never know exactly what happened, but the folks who found what was left seem convinced that Aegean was run over by a much larger vessel and some of the reports claim that she was in or near a shipping lane (though I don’t see it marked on any chart I have). While I certainly don’t want to question the wisdom of a skipper/owner who was reportedly scrupulous about safety issues or a race committee that hasn’t had a prior fatality in the 65 year history of this event, don’t we have to wonder if AIS could have helped?…

In fact, just last week I was wondering about how AIS fits with offshore racing. That’s because I happened to read the rules for the 2012 Bermuda Race and was a little surprised to read in the Changes document that this time around “BROC {Bermuda Race Organizing Committee} has waived the ISAF requirement to have an AIS Transponder aboard (OSR 3.29.1 n).” If you go to the International Sailing Federation site and find the current Offshore Special Regulations section 3.29.1 (n), you’ll see that they are required for Category 1 and 2 races (apparently the Newport to Ensenada race is classified as a 3, i.e. transponder only recommended). By the way, the OSR is a very interesting document reflecting a lot thinking about boat safety equipment and procedures — even if you only gunkhole around in a power boat.
So why did BROC waive the AIS requirement? Well, we did see a lot of AIS transponders on Bermuda bound racers in 2010, and it wasn’t required then either, but I also see how a constant tracking technology visible within ten miles or so conflicts with the racing. That’s because picking a route through the Gulf Stream and its meanders that makes sense with the weather is definitely part of the game. The racers will be using YelloBrick 3 tracker/messengers this year, but note how the BROC notice states that “Public display of positions will be delayed six hours during the first 48 hours of the race after the June 15th start so crews do not gain a tactical advantage by knowing other boats’ exact positions.”
Incidentally, one reason I was checking the Bermuda Race site is that this year the BROC is mandating that every boat have a satellite phone “that will operate without coverage interruptions {sorry, Globalstar}, is powered by ship’s power, and has a mounted external antenna to remain “on” from before the start until after the finish.”  I also know that the webmaster is hoping to cover this year’s race partially via tweets from the racers and that’s why I’ll be writing about satellite twitter stategies soon.
But the subject of this entry is the use of AIS in offshore racing. I’d like to know more about the issues and discuss them. I’d also like to send condolences to the friends and family of the Aegean crew who were lost near Mexican border late Friday night. 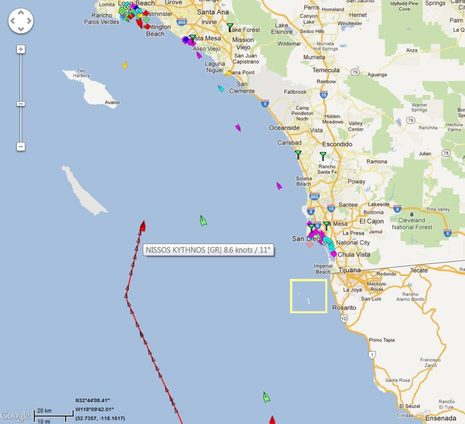