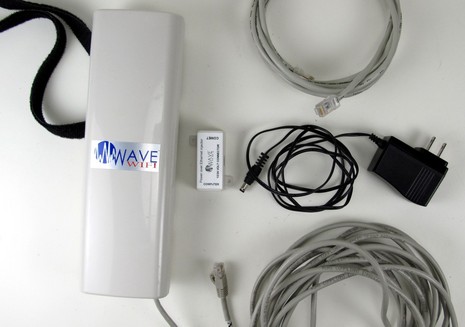 “It’s the firmware (and customer support), stupid!”  That’s the lesson I learned when I bought an $75 EnGenius EOC-2610

high-power WiFi system in December, 2008 (when I was staying in NYC, cadging Internet from neighbors).  I got far enough into its dense menu systems to see some good hot spots, but I never got the damn thing to actually connect.  And at first my hubris was such that I simultaneously took to task a small company called Great Boat Gear for selling a “marine” version of the same hardware at more than double the cost.  Well, my bad…

You see, EnGenius and other off-the-shelf multi-purpose power-other-Ethernet WiFi appliances have a habit of humbling even fairly tech savvy boaters.  Which can make a big cost savings a pretty poor deal.  I found this out for sure when Wave WiFi offered to trade my 2610 for one of their EC-Comets.  Yes, they admitted, the hardware is the same, but they claimed that their firmware was oh-so-different, and they were right.  I’ve never had such an easy time getting online with a WiFi bridge (and the Port Networks MBW 250 I’ve also tested is fairly easy).  Just type “wavewifi.com” into your browser’s address block and you get the list of available access points seen below, ordered by signal strength.  Click on one you want to try, and the Comet attempts to connect and then checks if you’ve gotten an IP address and actual Web access.  If you get “Yes, Yes, Yes” as I did with my own home network below, you’re all set, and likely will be whenever you fire up the Comet at that location.
I used the Comet a fair bit on Gizmo last Fall and was quite pleased with performance as well as ease.  I also checked out Wave WiFi’s customer support line and was tickled to get a smart human who even knew something about a local WiFi weirdness I’ve run into from time to time, like when testing the 5MileWiFi USB device.  Wave — which is a division of GeoSat Solutions, a partner in the Argus depth data project, and a former partner of Syrens Onboard (I tried to explain here) — has a lot of experience dealing with boaters frustrated with WiFi! 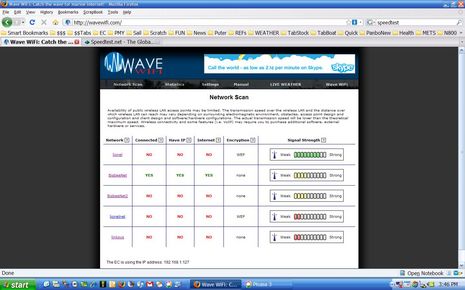 Meanwhile, Great Boat Gear, which has a good WiFi tutorial, got into building WiFi bridges more waterproof than the EnGenius, like the OmniBeamBox seen below.  And these days both it and Wave have put together marine systems based on the red hot Ubiquiti Bullet, dubbed the Omni-lite Bridge and Rogue Wave respectively.  IslandTime PC has a similar system, which Jeff Siegel raved about recently.  WiFi for Boats also looks like a good source for marine Bullet systems and WiFi info.
Ubiquiti’s native firmware AirOS may be easier to use than EnGenius’s, but it looks like Wave is again using its own super easy stuff, and I don’t know about the others.  If I was shopping Bullets I’d look deeper into this subject, and customer support.  Lesson learned!  Incidentally, while I still  favor power-over-Ethernet over the USB-powered WiFi amps, I was a little surprised to realize that the ones I’ve been discussing here use 12 or 24 volts and not the 48v standard used by many commercial bridges, VOIP phones, IP cameras, and gear like the FLIR M-Series thermal camera controller.  So while Ethernet switches with POE built in sound slick for big boat systems, be careful!  All the vendors mentioned here make good cases for POE WiFi bridges, but check out The Wirie for a counter argument, even a comparison chart.  And those of you looking for a really inexpensive but easy-to-use WiFi router might like the Blue Box, though the set-up sounds non trivial. 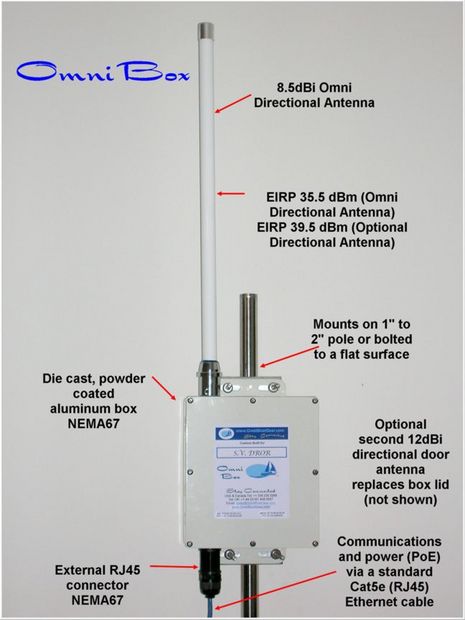