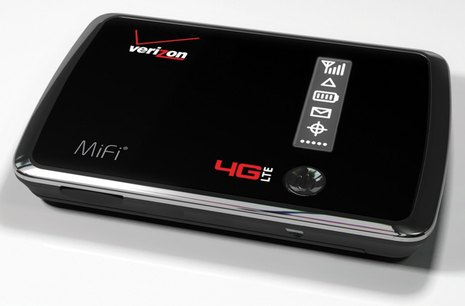 My experience having Verizon-provided internet access over cellular data protocols to my cruising sailboat spans three years and five devices, the Verizon 4G LTE MiFi built by Novetel released this summer being the most current. They’ve worked well enough that I’ve never messed with a high power boat WiFi system, like Ben has, but they are not perfect…

Mobile hotspots are gadgets a little bigger than credit cards that combine a mobile broadband modem with a WiFi router to allow computers and other devices to get onto the internet across distances of 20 miles and more. They have upfront and monthly data plan costs very similar in price to a smartphone.

My first experience surfing the internet through Verizon was in the days before mobile hotspots were available. Back then it was with a tiny card I installed as an option into my wife’s Lenovo ThinkPad laptop and a Verizon USB dongle I used for my own laptop. Both used a cellular protocol called EvDO with average data transfer speeds in the 1 Mbps down, and ½ Mbps up range. Three years ago I found it consistently much faster than the Wi-Fi signals barely in range of my boat despite a powerful Wi-Fi access point provided by the cable company nearby. In addition, the Verizon product received a strong signal out in the middle of Long Island Sound and virtually every anchorage I visited between New York and Maine (see my reviews in www.activecaptain.com)

They also worked well below decks in my Beneteau sailboat, easily penetrating the fiberglass to get a connection. Compared to a Rogue Wave or WireAP, there is literally nothing to install, as both devices would draw power from the computer they were installed in.

As good as that sounds, there was a major hassle in using the included software for the hardware. If the laptop went into a deep sleep to save power, or I closed the lid, the EvDO connection did not recover, sometimes requiring a reboot. The software also interfered with the primary benefit of the USB dongle to share the hardware and data plan between computers, because installing that Verizon client on the next computer took time, required learning that specific computer’s idiosyncrasies in switching between internet sources and involved training the user borrowing the USB dongle on how to switch their laptop back to wired or Wi-Fi internet access.

The arrival of the original Novatel MiFi Hotspot to the Verizon network fixed all that. The MiFi replaced software and a physical connection between the cellular transceiver and the laptop, with a built in Wi-Fi hotspot capability to connect up to 5 computers at a time to the Verizon Cellular EvDO network. This made using Verizon much simpler, as Wi-Fi was already configured on my laptop and that of my co-workers. Switching internet sources was no different than switching between WiFi access points. It was now easy to setup and share my data plan.

Life was good until the Droid series of Smartphones became popular, later joined by the iPhone for Verizon, both of which used the same EvDO protocol and frequencies.

At first I enjoyed accessing EvDO from my phone, first a Motorola Droid and later a Droid 2. My Droid 2 incidentally had the same hotspot capability as my MiFi, but I used it rarely as you can’t talk at the same time, also the MiFi could run five hours on a charge and my Droid could not.

But, my enjoyment of EvDO on both devices fell sharply as hundreds of Droids began competing with mine for the same EvDO bandwidth.  Rather than having 1 Mbps of bandwidth, which was more than enough for web conferencing and Skype, the speeds I typically experienced dropped to under 100 Kbps, just 10% of the original speed I once enjoyed.

That brings us to the Verizon 4G LTE network and the hotspot from Novatel (Verizon also offers a hotspot from Samsung, a comparison of the two available here). Verizon has a whole new network (click here for a coverage map), using the LTE protocol it markets as 4G (4th generation) with a speed 10x that of 3G. As a new network with few users, it is very fast. I potentially face disappointment a year or two in the future as millions of new devices use this protocol as well, but at the moment life is good again for connecting my laptop to the internet. The laptop incidently does not need to be upgraded or modified in anyway.

With the Verizon 4G LTE Hotspot from Novatel (above) I have access to both the LTE network when it’s available, and the EvDO network as a fallback. The advertised speed of Verizon’s 4G LTE is up to 10 times faster than 3G EvDO, but with EvDO loaded and LTE near empty, I can measure speeds of 70 to 100 times faster. Ten times faster is all I need.

The 4G Novatel hotspot hardware has some improvements over the original 3G Novatel hardware. One of the small differences is the addition of a status display to show battery charge state and signal strength. This is important as the battery life is so much shorter (barely 90 minutes) vs the older MiFi (5 hours). This 4G LTE version can also be charged with the same 12v boat charger or USB cable I have for my Droid phone, rather than a proprietary adapter the 3G required.

I am cautious that my renewed ability to stay connected while on my boat is in jeopardy, however. Even with 10x the bandwidth, someday there will be millions of new devices using this network as happened with EvDO. With a forecast of 120 million new iPhones to be sold in the next year, I am crossing my fingers that the iPhone 5 doesn’t support LTE, as that could hold off the masses for a year. When this Verizon network and it’s equivalent network from AT&T, SPRINT, and others become saturated, it’s not clear what frequencies will next be available to support another 20+ Mbps of bandwidth per wireless carrier.

Actually, I am more than a little cautious. No offense Verizon & Novatel, but I have to say I cannot recommend this or Samsung’s dedicated hotspot product in combination with an LTE (or EvDO) data plan, because it is likely each user will be stuck midway thru a two year subscription plan paying $50 a month for a product that will be very slow as EvDO has become.

What I can recommend, is purchasing a Verizon LTE compatible smart phone with hotspot capability. Why?  First, the hotspot capability can be activated for an additional $20 a month on such a phone, no seperate device needed.  Second, you can then elect to discontinue using the hotspot feature at any point the data rate gets too slow. The basic data plan you would still retain on your phone will still be useful to check email and run other apps that work well on low bandwidth, just as my Droid 2 works well even on slow EvDO. Finally, unlike EvDO where the phone can only do one at a time, be a hotspot or let you talk, LTE based smart phones are suppose to be capable of acting as a hotspot and a phone simultaneously. That leaves battery life as the only advantage of the dedicated hotspot. But, for a $30 a month premium I would rather carry a battery powered charger around instead.

Al least for my laptop and I, happy days are here again… until people learn about the Verizon 4G LTE network and millions start sharing the network with me. I mean, I am okay with sharing it with you and other Panbots, but listen, you gotta keep this quiet at least for awhile or I will have to go thru the time and expense to install a Wi-Fi booster for my boat.

– Dan Corcoran is an avid sailor and leads ServiceSPAN, a back office work center technology and process improvement company. 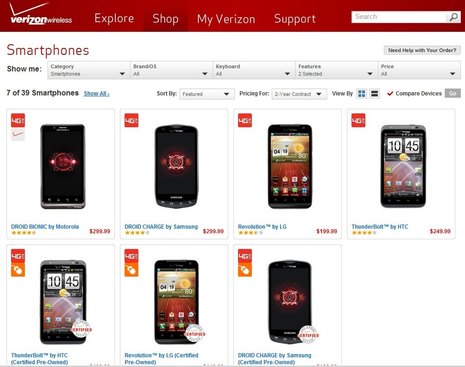