Back in April Garmin announced that the Navionics apps would be getting ActiveCaptain Community (ACC) support by the end of 2018.  With not too many days left in 2018, it appeared time might be running out on that promise.  But today two v13.0 app updates supporting ACC were released to the iOS App Store and Android’s Play Store.

However, many Navionics Boating users may find that their particular app does not update to version 13. Apparently that’s because Navionics is also using this major feature addition to discontinue older editions of their charting apps. But the solution is easy.

If your updated Navionics app doesn’t show Active Captain, iPad and iPhone users need to install Navionics Boating Marine & Lakes while Android users get Navionics Boating HD Marine & Lakes. In both cases, you then just log into your Navionics account and all your old routes and tracks will be synched. You’ll also get access to charts in whatever areas your old app(s) was subscribed to, but you will have to download them again if you like having them always available. 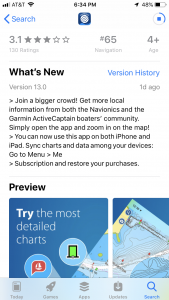 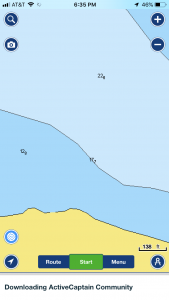 Upon first starting the app it automatically downloads the data 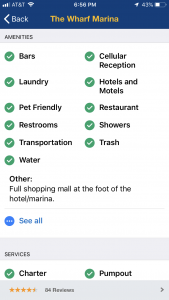 ACC data is nicely formatted and displayed in the app 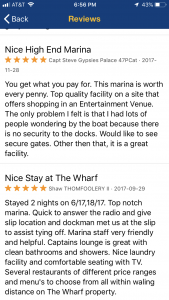 Version 13.0 of the Navionics Boating Marine & Lakes app nicely displays all of the ActiveCaptain Community data and the app allows editing of data by taking you to the ACC website.  I’ve just cruised through the app pretty quickly but so far the ACC data is nicely integrated into the already excellent Navionics Boating app.  As soon as the updated app is launched it begins downloading the ACC database.  Like several other apps with ACC support, no login is required to enable ACC.

I suspect Navionics will add more integrated editing over time but this looks like a very good start and it’s nice to see Navionics meet the end of the year commitment.

PS 12/14: Ben E here (while Ben S drives to his boat) with some more updates on how the Navionics Boating apps are migrating to Version 13, which includes ActiveCaptain support: 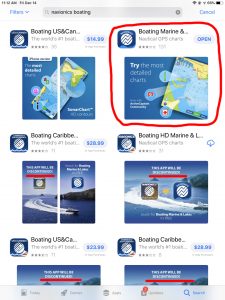 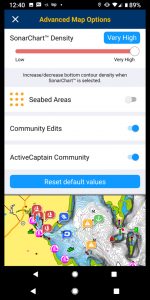 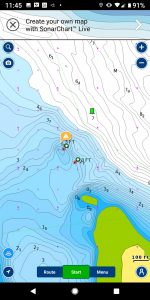 ActiveCaptain and Community Edits together at last

The top two iPad screens illustrate how many Navionics Boating apps are now marked “This App Will Be Discontinued!” but Navionics Boating Marine & Lakes has a fresh Icon and also the v13 update that includes ActiveCaptain Community support. And similar is happening on the Google Play store except for Navionics Boating HD Marine & Lakes.  If you own an app on the way out just install the new one and log in to get your route/track data and chart access back. There may be charges if your old chart area doesn’t fit easily with the current subscriptions, but I paid nothing more to switch USA and Carribean subs.

Meanwhile, the first Android (Google Pixel 2XL) screen shows how ACC overlay can be turned on/off via Menu/Chart Options, just like Community Edits. But the final screen shows how both can sometimes be useful, though that’s written by the guy who created these Camden Harbor warning edits in two different places (and much of the SonarChart data too).